Trump Tweets Crypto Rant — What Is the Bitcoin Reference Really About?

Trump Tweets Crypto Rant — What Is the Bitcoin Reference Really About? 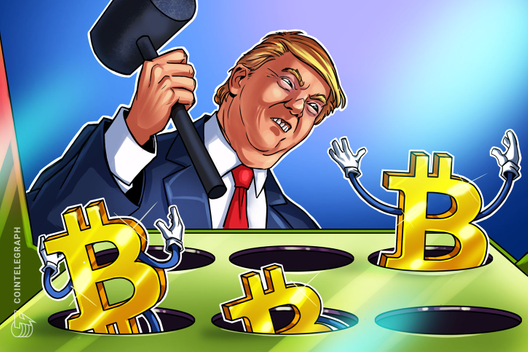 Over the last few years, United States President Donald Trump’s tweetstorms have become a peculiar yet amusing feature of American public life. The president’s off-the-cuff comments have served a wide variety of purposes, from enriching political discourse with the mysterious term covfefe to delivering direct threats — furnished with proper capitalization — to the leadership of the nations deemed U.S. adversaries. The most newsworthy rants almost invariably felt improvised, emotional and reactive. However, the historic series of tweets that constituted the first-ever public comment on cryptocurrencies by a sitting U.S. president didn’t seem to fit the same mold.

If anything, the three-prong statement comes across as consistent, strategically timed and unusually well-articulated. It opens with a general critique of cryptocurrencies, then proceeds to extend the punch to Libra, Facebook’s much-discussed prospective digital currency, and concludes with a feel-good declaration lauding the U.S. dollar as the “most dominant currency anywhere in the World.”

Finally, four days after Trump’s tweets, Treasury Secretary Steven Muchin echoed the president’s concerns almost verbatim during a press conference during which he contended that cryptocurrencies posed a “national security threat.” At that point, it became difficult not to see the messages coming out of the administration as a coordinated viewpoint.

It is no surprise many in the crypto community came to suspect that the tweets were not Trump’s own. Preston Byrne, a pro-Trump blockchain lawyer, was among the president’s supporters who expressed doubts over the message’s authorship, adding, “This is more likely coming from the Treasury Department — that’d be Secretary Mnuchin — and at the behest in particular of the banks.” The Verge’s Elizabeth Lopatto questioned Trump’s understanding of the subject matter altogether, “I do not believe for an instant that the president could define a cryptocurrency, explain what bitcoin is, or even know what Libra (much less its Association) is supposed to be.”

Whoever had penned the tweets, cryptocurrency prices took a tumble immediately, then bounced upward briefly before entering an even greater hit, flashing red signals all across the market. Although some analysts claimed that it was not President Trump’s remarks that had triggered the reversal, both the timing and steepness of the decline correspond to what one could interpret as a sell-off in the wake of major negative news.

Despite the immediate market dynamics in the aftermath of the tweetstorm, the spirits of many opinion leaders were high. The common theme was that, regardless of the valence of the presidential statement, the sheer fact of mention is a strategic win for the blockchain industry, as more than 60 million of Trump’s followers have become aware of the cryptocurrencies’ existence. Jeremy Allaire, the co-founder and CEO of financial services company Circle, called the development “possibly the largest bull signal for BTC ever” while Forbes’ Billy Bambrough observed that Trump “has inadvertently catapulted bitcoin and cryptocurrencies into a presidential issue and given valuable recognition to the burgeoning bitcoin technology.”

In the short run, though, such a negative introduction could well damage cryptocurrencies’ standing with millions of Americans. Many industry stalwarts, such as Caitlin Long and John McAfee, urged the president to further educate himself on the issue before making strong statements. Nigel Green, the founder and CEO of deVere Group, remarked that discarding digital currencies in the advent of the digital era is a questionable way to go.

Unsurprisingly, the anti-Bitcoin rant cost Trump support of some of his former allies among crypto-loving libertarians and right-wingers. Gab, a social medium notorious for becoming a haven for public figures exiled from more mainstream platforms for the extremity of viewpoints they expressed, tweeted back at the president their defense of Bitcoin as “free speech money.” It remains unknown if President Trump is aware of the existence of this brand of his supporters, maybe someone crypto-friendly who has his ear — e.g., Mick Mulvaney had tipped him off. Yet, it doesn’t seem likely that the president would sacrifice his strategic financial policy messaging in order to make such niche groups feel good.

The importance of “thin air”

Beyond taking issue with the fact of the president’s arguably uninformed criticism, the substance of his claims deserves a thorough rebuttal as well. Granted, there has been no shortage of thoughtful deconstructions offered by the blockchain industry in the days right after Trump’s tweets and his account erupted with the anti-crypto rant.

For sure, as the person with so much influence over the dollar, a sitting U.S. president is in no position to express any kind of public endorsement of what could potentially threaten the dollar’s hegemony as a medium of exchange and a reserve currency. However, the kind of shallow criticism that President Trump offered doesn’t hold any water when faced with any systematic counterargument. Such an outburst does little to advance a much-needed and nuanced conversation about how the incumbent financial system would be reconciled with the emerging realm of crypto finance.

Trump argued that Bitcoin and other cryptocurrencies are not money, as their value is “highly volatile and based on thin air.” Perhaps this is accurate for those who espouse the very narrow (and rather antiquated) definition of money as a unit of value issued by a central government and backed by a nation state’s economy. But it is 2019, and many prominent thinkers adhere to more flexible and broad definitions, which is something to contend with.

In a post for The Merkle, George McDonaugh rightfully observed that what is money and what is not is highly context-dependent, saying “Cigarettes are money in prisons, bullets are money in war zones and bitcoin is money in Venezuela.” Borderless and globally priced, Bitcoin can be money in many ways fiat currencies are not, if given a chance.

Further still, the global reserve currency status is context-dependent as well. As the Western powers butchered each other into poverty and devastation during two world wars, the United States came out on top as the world’s most powerful economy, propelling the dollar to the status of global reserve currency along the way. This is the context, and the context is always subject to change. The value of both USD and Bitcoin is based on trust — they just go about it differently. In many ways, algorithmically maintained trust looks superior to the fragile assumptions that underlie the financial system powered by a $22 trillion debt.

Now, facilitation of crime. The tale is so rusty that, for many crypto aficionados, it has become difficult to go on yet another round of debunking it without rolling their eyes. McAfee chose a classic way to retort: It is true that Bitcoin gave a certain edge to villains for a short time, but so did every consequential invention in history, including, for example, the telephone. As of today, the track record of U.S. law enforcement agencies picking criminals’ traces off blockchains is already impressive, and there is no reason to expect that a future regulation-compliant decentralized digital asset would be any different in this regard.

As The Next Web’s Yessi Bello Perez reminded, most cryptocurrencies are pseudonymous, while cash is anonymous — guess which one is better suited for illicit activities by design? Moreover, when cash is no longer around, centrally issued currencies will surely facilitate financial surveillance of an unprecedented scale, as Coin Center’s Neeraj K. Agrawal aptly pointed out.

All in all, while it is hard to expect anything else than a firm no-coin stance from a public servant tasked with overseeing the U.S. national currency, the set of arguments that Donald Trump recently advanced have several pronounced gaps to take a dig at. Moreover, the ever-expanding blockchain-based financial system is not going anywhere as a result of Trump’s tweets. It will remain right there, close behind the traditional institutions, waiting for The Donald or the next U.S. leader to address it in earnest. 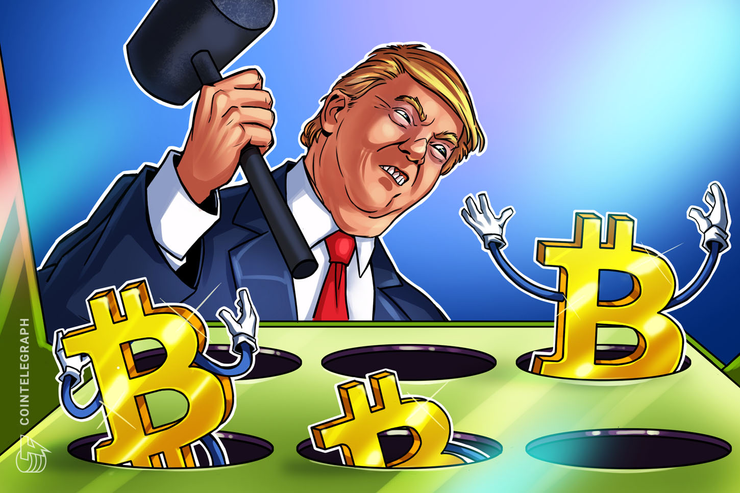