As reported by CNBC, Dimon delivered his comments during a conference call with analysts on Tuesday, July 16. Dimon said that he would not spend too much time on Libra, specifying that “to put it in perspective, we have been talking about blockchain for seven years and very little has happened. We are going to be talking about Libra three years from now.”

Dimon continued saying that any new effort will have to comply with the industry’s Anti-Money Laundering provisions. Dimon said:

“We don’t mind competition. The request is always going to be the same: We want a level playing field. And governments are going to insist that people who hold money or move money all live according to rules where they have the right controls in place; no-one wants to aid and abet terrorism or criminal activities.”

Dimon’s statements come on the heels of a press conference from United States Treasury Secretary Steven Mnuchin, who spoke about the use of cryptocurrency to finance illicit activity, and the role of regulations with respect to crypto-dealing organizations. Mnuchin said:

“Cryptocurrencies such as Bitcoin [BTC] have been exploited to support billions of dollars of illicit activity, like cybercrime, tax evasion, extortion, randomware, illicit drugs, human trafficking […] This is indeed a national security issue.”

JPMorgan itself is reportedly expecting to pilot its own digital token dubbed JPM Coin by the end of 2019. Umar Farooq, head of digital treasury services and blockchain at JPMorgan, stated that the bank’s stablecoin has the potential to enable instant delivery of bonds via blockchain. 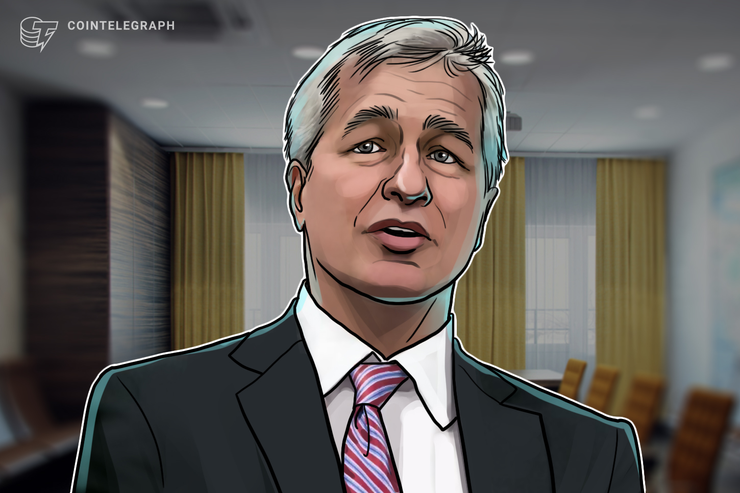