As Dubai’s government aims to propel the largest number of blockchain use cases in the world, a DAG platform offering smart city infrastructure has come on board. #SPONSORED

A DAG blockchain platform that can operate as the IT infrastructure for smart cities has announced a partnership with the private office of Sheikh Saeed bin Ahmed Al Maktoum — paving the way for an operational presence in Dubai.

The Fantom Foundation says its protocol is designed to operate as the information technology infrastructure for smart cities that will make the lives of people living in urban areas easier — enhancing everything from health care and education to traffic management and environmental sustainability.

Recently, the Unites Arab Emirates unveiled its “Smart Dubai” initiative, which aims to make the metropolis a world leader by becoming the “first city fully powered by blockchain by 2021.” This massive undertaking involves embracing the technology for as many government services as possible. The Smart Dubai initiative was founded following the vision of Sheikh Mohammad bin Rashid Al Maktoum, vice president and prime minister of the UAE and Ruler of Dubai, to collaborate with the private and government sectors.

The partnership, formalized at a signing ceremony in Dubai, follows Fantom’s initial trip to the city back in April. Now, the company will be given the opportunity to offer its technology and services across multiple industries in the public and private sector.

Hisham Al Gurg, CEO of Private Office, said of Fantom: “Given their extensive experience in technology R&D and working with partners, we look forward to seeing how this will significantly benefit the Smart Dubai initiative strategy.”

Fantom says its ambition has been to create an open-source, scalable platform that paves the way for new, highly reliable infrastructure with real-time transactions and data sharing. The company argues that many existing blockchain solutions have limitations that prevent them from being embraced in real life with broad applicability — not least because of slow confirmation times and high transaction fees.

While Fantom plans to offer its foundation’s expertise to smart city initiatives across the globe, it is currently focus on the UAE because of the sheer number of opportunities there are in the region, and how proactive and supporting the government is toward blockchain adoption. That said, the company is planning to form new teams and hire fresh talent to help its technology to be adopted.

In other developments, a BEP2 variant of Fantom’s FTM token, was recently listed on Binance’s decentralized exchange. The foundation said the milestone reflects its drive to “bring value to the wider blockchain industry, instead of focusing purely on our own ecosystem and networks.”

Meanwhile, in July, Fantom became a member of the Government Blockchain Association (GBA) — an international nonprofit — representing them in Australia. The organization hopes this role will act as a bridge between governments and industry as smart city solutions are explored in further detail.

When the announcement was made public, Hettiarachi said: “We are super excited to join GBA as it will open doors not only to connect with various government bodies to understand their challenges, this will be an amazing opportunity for Fantom to create new economies, deliver better user experience for people and make a change in people’s lives.” 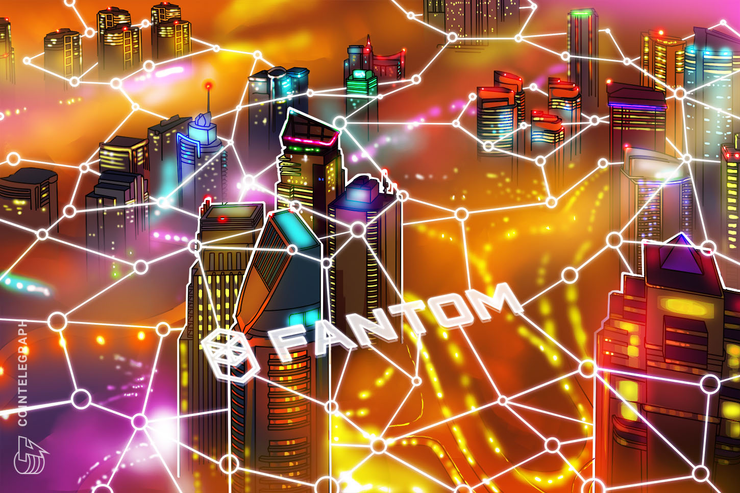 As Dubai’s government aims to propel the largest number of blockchain use cases in the world, a DAG platform offering smart city infrastructure has come on board. #SPONSORED