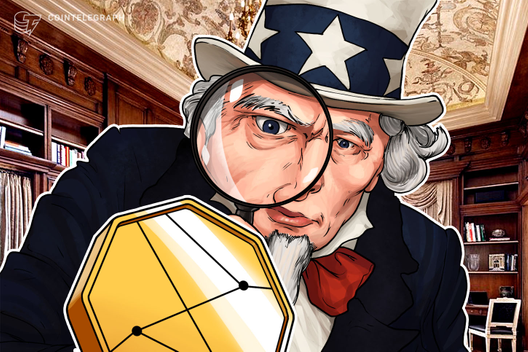 A proposed bill to fine major tech firms such as Facebook $1 million per day if they issue cryptocurrencies is being circulated by Democrats, Reuters reports on July 15.

Reuters cites a copy of draft legislation — reported on by Cointelegraph when it first surfaced online last week — and notes that it proposes to impose a $1 million fine daily upon any firm that violates its proposed rules.

Per Reuters, the bill is being put forward for discussion by the Democratic majority leading the United States House Financial Services Committee, and reportedly states that:

“A large platform utility may not establish, maintain, or operate a digital asset that is intended to be widely used as medium of exchange, unit of account, store of value, or any other similar function, as defined by the Board of Governors of the Federal Reserve System.”

The report notes that the draft bill — entitled the “Keep Big Tech Out Of Finance Act” — appears to be a mark of increased scrutiny from legislators sparked by Facebook’s recent unveiling of its forthcoming Libra coin, which would have potential exposure to a combined 2.7 billion users each month.

Reuters nonetheless anticipates that “pro-innovation” Republicans will put their muscle behind blocking such a move, and that the bill could face yet steeper resistance should it pass the lower chamber and be debated in the U.S. Senate.

As reported, Congress has demanded hearings on Libra, and requested that Facebook and its partners impose an official moratorium on Libra’s development until its concerns are examined and addressed.

Jerome Powell, head of the U.S. Fed, has meanwhile said that he recognizes both potential benefits and risks to Libra. He further claimed that for now, the central bank is not overly concerned about no longer being able to implement monetary policy because of cryptocurrencies more broadly, given the relative infancy of the asset class.

The renewed flurry of interest in crypto — in part sparked by Libra’s announcement — even prompted U.S. President Donald Trump to publicly voice his opposition to cryptocurrencies last week, with specific reference to both Bitcoin and Libra. Multiple commentators have taken the president’s engagement as a huge milestone for the industry.