As of July 9, the investment instrument is yielding a 296% appreciation YTD — a stratospheric increase as compared with mainstream investments reflected in the S&P 500 (18.7%) and Global Dow (12.9%) over the same time period. 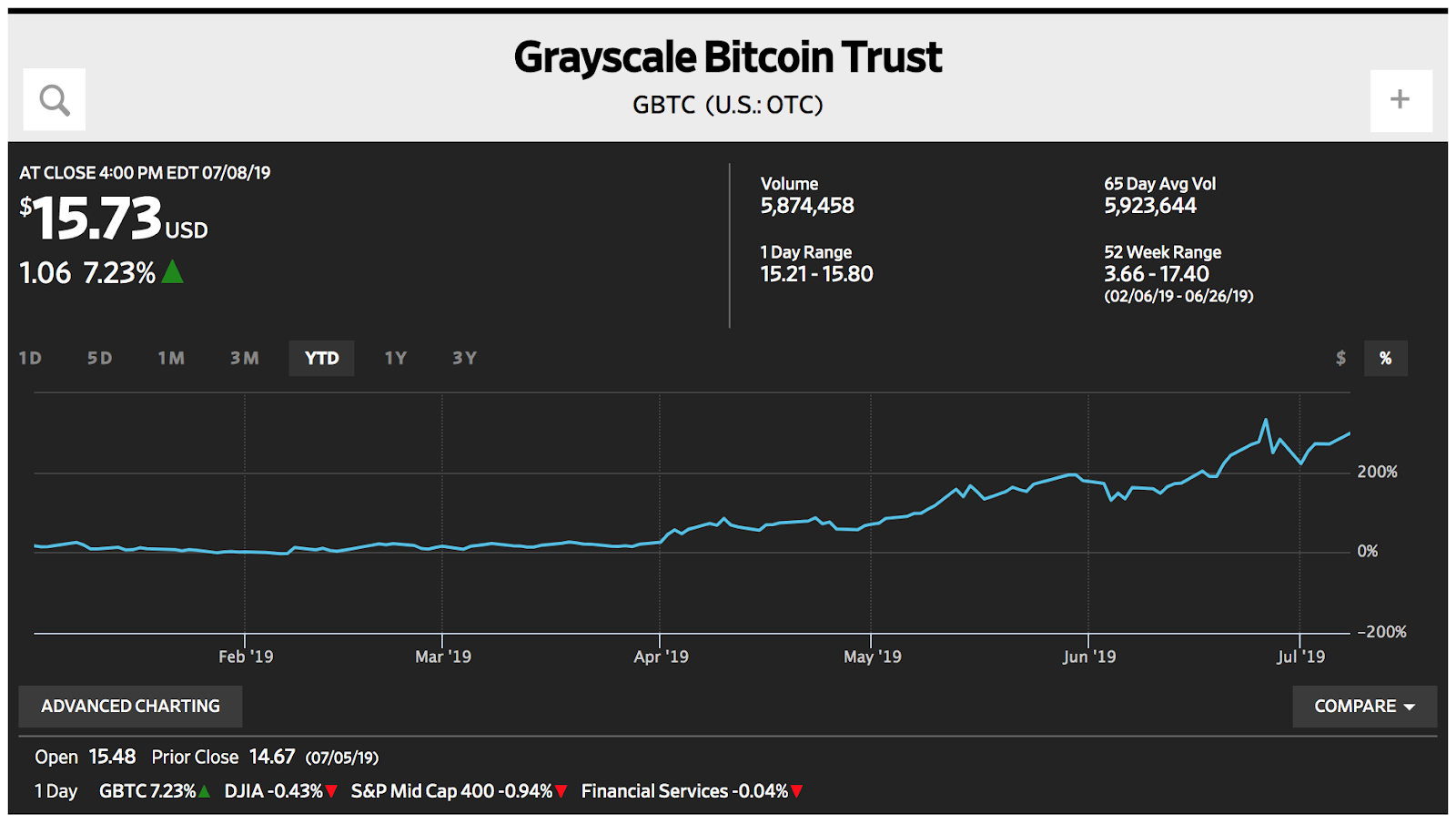 As of the end of June, a WSJ report had indicated that the fund’s dizzying returns had secured its spot as the best-performing fund in the market. The trust purchases bitcoin (BTC) directly and trades its shares on the over-the-counter (OTC) exchange OTCQX, as the report noted at the time.

WSJ further underscored the fact that fund’s meteoric performance is not unprecedented — during bitcoin’s historic winter 2017 bull run, the GBTC reportedly reflected a 1,391.44% appreciation over the course of the year to date.

Grayscale — which is owned by Digital Currency Group Inc. — revealed to the WSJ that the GBTC’s assets under management as of June 28 had hit $2.56 billion, accounting for the lion’s share of Grayscale’s total $2.69 billion worth of assets.

Those seeking to receive a primary issue of the trust fund must hold accredited investor status and invest a minimum of $50,000 held in shares for at least a year before resale on OTCQX.

Alongside its flagship trust, which launched in September 2018, Grayscale has rolled out a series of single crypto asset funds — among them ethereum classic (ETC), zcash (ZEC) and litecoin (LTC) — as well as diversified offerings, such as its Digital Large Cap Fund.

As a Grayscale report published earlier this year revealed, institutions accounted for 66% of investments, with 88% of new inflows coming into GBTC — a trend the company characterized as the “return of the Bitcoin maximalist.”

Yesterday, the firm announced it was resuming private placement of shares in GBTC, with one share currently representing 0.00097876 BTC.

In May, Grayscale had reported that out of its total $2.1 billion in assets under management, $1.97 billion were in its Bitcoin Trust.

That same month, Grayscale’s research indicated that bitcoin had gained 47% between May 5–31 at a time of intensifying United States–China trade tensions, making it the best-performing asset of the period — in stark contrast to the Chinese yuan’s faltering.