sgCarMart.com and Ocean Protocol are launching a blockchain-powered “Know-Your-Vehicle” data marketplace in Singapore

The so called Know-Your-Vehicle used car data marketplace will purportedly provide a secure way of sharing and accessing of information about used cars in Singapore, where almost 9,000 cars reportedly changed ownership per month in 2018.

The product is set to provide customers with the capability of tracking data origin on a vehicle and then trace its history. Subsequently, the parties are looking to use this data in helping other industries and the government to improve products and services. Daryl Arnold, founder of Ocean Protocol, said:

“Ocean Protocol provides companies with a platform to share and monetize data in a secure, traceable, and privacy-preserving manner. It allows data owners to retain control of data access and offers an incentive mechanism for companies to deploy, to collect quality data from their stakeholders.“

Back in October 2018, Ocean Protocol took part in the MOBI Grand Challenge tournament hat intends to develop “the first viable” blockchain-powered network of vehicles and system to coordinate machines, provide data sharing, and improve the level of mobility in urban conditions.

The winners of the first challenge were set to win $350,000 worth of awards in a number of categories, including $100,000 worth of tokens from Ocean Protocol.

Blockchain technology has seen widespread integration into the transport sector to address various needs. In May, the government transportation department in the city of Austin, Texas partnered with nonprofit Iota Foundation to develop a more interoperable transportation ecosystem. One of the visions of a system was where every transit system can interact with the same payment app and a single digital identity.

That same month, major automobile manufacturers Honda and General Motors were jointly conducting research on electric vehicles and smart grid interoperability using blockchain to investigate whether electric vehicles can be used to stabilize the supply of energy in smart grids. 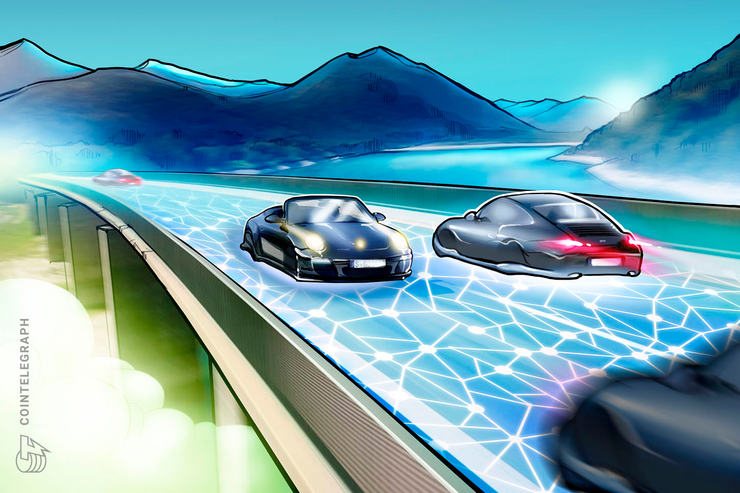 sgCarMart.com and Ocean Protocol are launching a blockchain-powered “Know-Your-Vehicle” data marketplace in Singapore