XRP, Libra and Visa to Fight It Out for Cross-Border Remittance Crown

XRP, Libra and Visa to Fight It Out for Cross-Border Remittance Crown 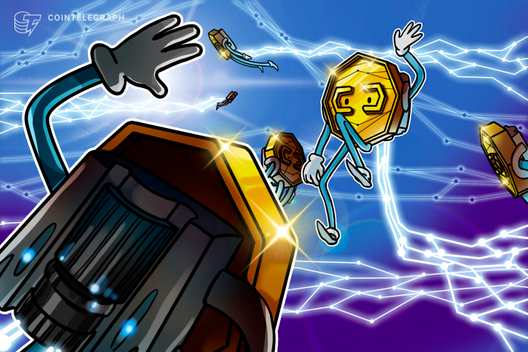 Given Facebook’s 2 billion strong user base, will banks become more amenable to cryptocurrency adoption as a way of maintaining their relevance in international money transfer?

The increased penetration of cryptocurrency in the digital payment arena appears to be affecting the landscape of cross-border remittances. Financial institutions and other mainstream establishments are now jostling with blockchain startups for control over an industry that could possibly experience massive growth over the next few years.

With more participants comes greater competition and an emphasis on creating the most robust operating technology. To achieve this aim, some players are leveraging their status as giants of their respective mainstream fields while others are pursuing partnerships and collaborations.

For historically unbanked and underbanked areas of the world, the emerging landscape is one that offers greater financial inclusion and the many benefits that come with it. As these companies go head-to-head, people in places historically abandoned by the complex financial machine might now be able to enter a world of global transactional independence that long seemed unattainable.

On the other side of these lofty ideals lie governments and financial regulators, which might view cryptocurrency adoption in the global payment matrix as an assault on the primacy of the state of monetary control.

According to the World Bank, remittances to low- and middle-income nations reached $529 billion in 2018 — the highest level ever recorded, exceeding the figures from 2017 by almost 10%. The bulk of these remittance payments, according to the organization’s data, occurred in Southeast Asia and Sub-Saharan Africa. The World Bank expects that remittances via these corridors will soon top $550 billion. For establishments looking to leverage cryptocurrency and blockchain technology, this potentially $550 billion market likely constitutes the lowest hanging fruit.

The payment flow for these two corridors appears to be similar in many respects. Migrants from these countries working in the United States, Europe and oil-rich Gulf Cooperation Council (GCC) countries send money to their parents and other dependents back home. Every year, young college graduates successfully immigrate from countries in Africa to Europe and North America in search of the proverbial “greener pastures.” There is a significant population of Indian expats living and working in Gulf states such as Qatar and the United Arab Emirates.

Periodically, these expats need to send money to their loved ones back home. In 2018, remittances to countries such as Nigeria, Senegal, Ghana and Togo, just to mention a few, grew to more than $46 billion — an increase of about 10% from the figures recorded in 2017.

To do so, many have to rely on money transfer services like Western Union or MoneyGram. These services charge rather expensive fees to facilitate such transactions. Figures published by the World Bank showed that it cost an average of $14 to send $200. As part of its report, Dilip Ratha, the head of the General Knowledge Partnership on Migration and Development (KNOMAD) declared:

“Remittances are on track to become the largest source of external financing in developing countries. The high costs of money transfers reduce the benefits of migration. Renegotiating exclusive partnerships and letting new players operate through national post offices, banks, and telecommunications companies will increase competition and lower remittance prices.”

Ratha’s recommendations, however, fail to mention cryptocurrencies and their increasing adoption in the digital payment arena. This exclusion flies in the face of the bank’s goal of reducing remittance cost to just 3% by 2030. But here is where cryptocurrency-based solutions seem to have the upper hand. By operating without third-party authenticators, such services provide a more cost-effective solution for cross-border remittance payment.

Fintech: For the unbanked and underbanked

The World Bank says there are close to 2 billion unbanked and underbanked adults in the world today. Unsurprisingly, the bulk of this demographic resides in the areas with some of the largest remittance inflows. While banking services can have geographical constraints, telecommunications appear to be a more penetrative technology. This situation has led to the emergence of digital payment services that leverage the opportunities that exist at the intersection of banking and telecommunications.

Cryptocurrency payment appears in many ways to be an extension of the strides made by internet payment companies over the last few years. However, just like their counterparts in the core banking and finance arena, these services tend to charge huge fees.

Take PayPal, for example: The digital payment giant charges a flat fee of 2.9%, plus another $0.30 per online transaction. For cryptocurrency startups, the burden imposed by these huge fees provides an opportunity to provide a far cheaper alternative to consumers. In an email to Cointelegraph, a spokesperson for the World Bank provided some insight about the state of the global remittance arena and the role that fintech could play in the emerging landscape, saying:

“Although geography plays a huge role, fundamentally cost is the biggest challenge to financial inclusion. This is both from the perspective of the service provider, in the sense that the costs to provide financial services to the very poor (including rural dwellers) can be prohibitive. Also, from the perspective of the user of the service (for very low-income individuals and families), the cost of using financial services can be prohibitive.”

Blockchain startups like Ripple say it can materially decrease the cost of remittance — not only in terms of fees, but also the resources required to maintain a cross-border payment infrastructure — by leveraging decentralized ledger technology (DLT). Blockchain-based payment networks jettison third-party authenticators like banks and clearinghouses in favor of an immutable ledger that stores and validates all transaction data.

While the World Bank might agree that advances in fintech could diminish remittance cost, there are other issues that need to be addressed. Explaining further, the World Bank spokesperson declared:

“Fintech can play a big role in reducing the transaction and origination cost of financial services. What is crucial, though, is that these services be provided to the unbanked in a responsible way. Digital financial literacy and consumer protection are important considerations. Aside from cost, we mustn’t underestimate the role that gender discrimination plays. The result of this is a large (9% in the developing world) gender gap between men’s access to finance and women’s access.”

According to the World Bank spokesperson, it is important to adopt a nuanced approach to policy-making when dealing with cryptocurrencies. However, issues surrounding Anti-Money Laundering (AML) and Combating the Financing of Terrorism (CFT) must take center stage.

Royal rumble: Facebook vs. Ripple vs. SWIFT vs. [insert others]

Dimon, however, acknowledged the increasing competition posed by blockchain-based startups in the arena, saying “some firms want to eat our lunch.” Among the frontrunners in this regard are Ripple and, recently, Facebook with its Libra cryptocurrency project.

Since releasing its white paper, the Libra project has encountered a lot of scrutiny. Facebook’s reported entry into the payment arena seems to have caught the attention of all the major players, given the company’s pedigree as a social media giant with a user base of more than 2 billion people.

Tweeting on June 27, Dovey Wan of Primitive Ventures provided a breakdown of a recent article in a major government-backed Chinese news outlet. Most of the talking points in the article mirror those already espoused by critics of the Libra project.

According to Wan, the article argued that Libra carries the risk of becoming a financial monopoly as well as regulatory risks. Facebook can easily leverage its enormous user base to quickly achieve economies of scale and the attendant network effect. The narrative also included the idea that Libra could infringe upon the primacy of sovereign fiat, which could further dilute the monetary control powers of less-developed nations.

At the moment, the competition looks like it is between Ripple and the Libra Foundation. Since the Libra announcement, Ripple has made a few significant strides. First, the company signed a partnership deal with money transfer behemoth MoneyGram.

Alex Holmes, the CEO of MoneyGram, described the collaboration with Ripple as the “perfect partnership.” For Holmes, Ripple has the robust back-end processes that, when combined with MoneyGram’s liquidity, creates more utility for Ripple’s xRapid and the XRP cryptocurrency itself.

Ripple also inked a deal with Coinfirm — a startup company that focuses on regulation technology, as part of efforts to improve the compliance status of XRP. With the Financial Action Task Force (FATF) advising countries to adopt strict AML governance of their respective crypto market, such a step could be advantageous for Ripple and XRP going forward.

Meanwhile, SWIFT is also showing signs of increasing cryptocurrency and blockchain adoption. As reported by Cointelegraph, SWIFT has plans to allow DLT-based firms to use its global payment innovation (GPI) platform.

Considering the progress being made, there are a few apparent pathways that the emerging transformation in the digital payment arena could take. For one, Ripple’s multiprong approach of engaging in useful partnerships with banks and payment processes could see complete disintermediation of the global payment transaction matrix.

Rather than having a centralized system for cross-border transactions, different stakeholders in partnership with Ripple will use the xRapid platform and XRP cryptocurrency to create several iterations of money transfer services. However, each of these platforms might need to come up with different incentives to attract a larger customer base.

Related: Fast & Seamless: The Race for the Cross-Border Payments Market

The second likely scenario is that Facebook’s Libra scales all the regulatory hurdles and becomes the payment monster that some commentators say it can become. Libra becomes the de facto money transfer standard — and Facebook, a private central bank — with the likes of Visa paying top dollar to run nodes on the network.

Another possibility is that SWIFT adopts either XRP or a product of the blockchain software firm R3, or maybe even a hybrid of both, which can be implemented within the GPI infrastructure. Rather than using a basket of stablecoins, XRP becomes the liquidity vehicle for global payment — a bridge currency for international transactions. One of the likely fallouts of such a scenario would be an end to counterpart banking, as banks would have no further need to maintain accounts with their foreign counterparts to facilitate international money transfer.

As previously stated by Cointelegraph, the future of fintech and cross-border remittance might lie with the service that is able to create the more superior technology. Within the confines of the emerging remittance landscape, high-speed transactions and low-cost fees with robust security (maybe even privacy) seem to be the determining factor in deciding which platform will come out on top. 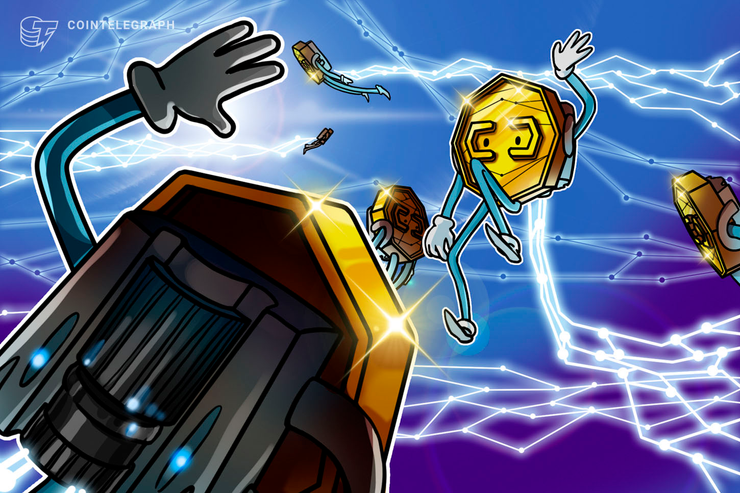 Given Facebook’s 2 billion strong user base, will banks become more amenable to cryptocurrency adoption as a way of maintaining their relevance in international money transfer?