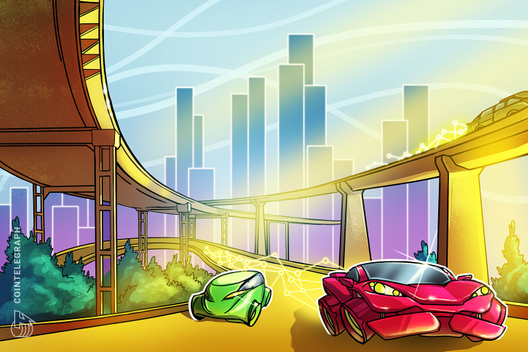 Bitcoin (BTC) surprised markets and and the media alike on July 3, jumping over 20% in 24 hours to overcome resistance at $11,000.

Data from Coin360 put BTC/USD firmly in the green Wednesday, following a turbulent few days which saw the pair drop as low as $9,688.

The sudden reversal immediately rubbished the theories emerging in the mainstream press and from cryptocurrency naysayers. Forbes had declared the ‘bitcoin bubble’ had popped just hours before, while on Monday, economist Nouriel Roubini delivered fresh criticism of bitcoin’s performance.

“Indeed Bitcoin is now down below 10k. Has lost a third of its value in less than a week,” he tweeted.

“Still a long way to less than zero as its true value is negative not zero given its toxic externalities! It will get to zero in due time.”

Proponents meanwhile were eyeing where the latest surge could end up. In an analysis, BTC trader Josh Rager said he was eyeing a potential zone around $11,760, noting that the recovery now makes bitcoin price look “extremely bullish” again.

Longer term, curiosity remains about the impact of institutional trading pushing up the bitcoin price. This week has seen two announcements – from both trading platform ErisX and exchange Binance – confirming they will offer bitcoin futures.

Altcoin markets saw some much-needed gains as bitcoin rose, with many assets in the top twenty cryptocurrencies by market cap rising around 7%.

Nonetheless, after considerable downside, alts remain suppressed; traders have begun querying whether a major resurgence will in fact arrive at all.