Half a billion dollars in BTC spent on illegal transactions so far this year, research says; however, 99% of BTC transactions in 2019 have been legitimate

Recent research by Chainanalysis suggests that the amount of bitcoin (BTC) spent on illegal transactions this year could hit a record high of $1 billion, even as the ratio of illegal to legal transactions is shrinking, according to a report by Bloomberg on July 1.

As per the report, the total flat value of BTC spent on illegal activity so far this year is thought to be $515 million. The research suggests that by the end of the year, this figure will double to reach $1 billion.

However, the amount of BTC spent on illegal services as opposed to legal ones is on the decline. Chananalysis executive Hannah Curtis says that just 1% of BTC activity this year is illegal activity, which is down from 7% in 2012.

As per the report, the $515 million spent on illegal activities was used in transactions on the dark web: a small subsection of the deep web, which is in turn subsection of the internet that doesn’t appear in search engines (e.g. Google).

The largest illegal dark web marketplace for spending BTC is reportedly “Hydra.” BTC is apparently the cryptocurrency of choice on such marketplaces, and Monero (XRM) comes in second, according to the report. Oftentimes, these marketplaces are involved in the distribution of drugs and/or illegal pornography.

As previously reported by Cointelegraph in April, for instance, two men behind the dark web marketplace NextDayGear pled guilty to selling steroids and controlled substances and to money laundering. The website apparently offered injectable and oral steroids, as well as Xanax, Valium and Viagra as a means to stymie unwanted side effects. 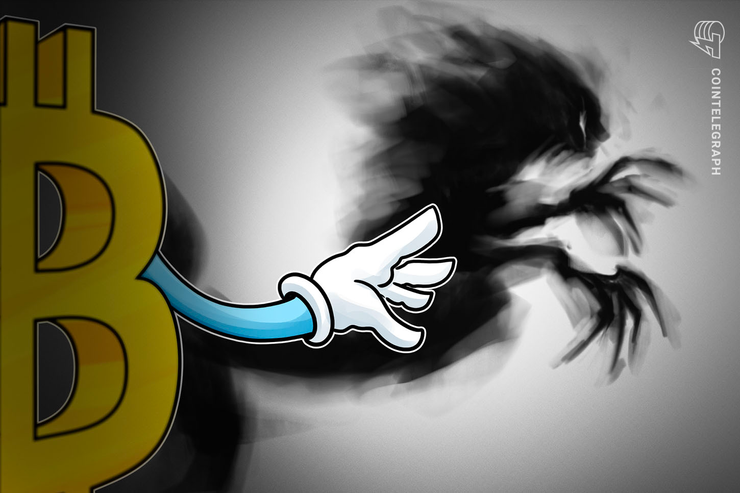 Half a billion dollars in BTC spent on illegal transactions so far this year, research says; however, 99% of BTC transactions in 2019 have been legitimate