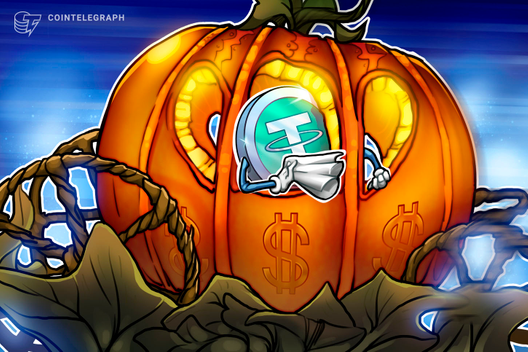 In an interview, Jesse Powell took issue with suspicions about tether due to its ongoing legal battle with the New York Attorney General.

“…I think what you’re seeing with tether is just a very transparent reflection of what is happening at the banking system level and with all the exchanges[.]”

Tether’s overall supply has more than doubled in 2019. Markets swiftly shook off legal concerns when they first appeared in late April, bitcoin going on to set 15-month highs of $13,800 last month.

Data from monitoring resource Coinlib continues to show USDT as the major source for value flowing into bitcoin over the past 24 hours, with volume at $3.12 billion as of press time.

As Cointelegraph reported, theories have also concluded that consumers in restricted markets, notably China, are using USDT as an on-ramp to get bitcoin and other cryptos on exchanges indirectly using the yuan.

Earlier in the bitcoin bull run, premiums had emerged in fiat terms for those seeking to purchase tokens on over-the-counter (OTC) markets.

Powell meanwhile did not discount the idea of delisting tether under certain circumstances, but likewise considered the role of exchanges not to police what markets users have access to.

Kraken joined multiple major exchanges in delisting a hard fork of altcoin bitcoin cash (BCH), bitcoin SV (BSV), over the behavior of its representatives in April.