Bitcoin hit $12,000 for the first time in over a year after continuing its rapid growth

Bitcoin price has continued its rapid growth and on June 26 it hit $12,000 for the first time in over a year, according to Coin360. 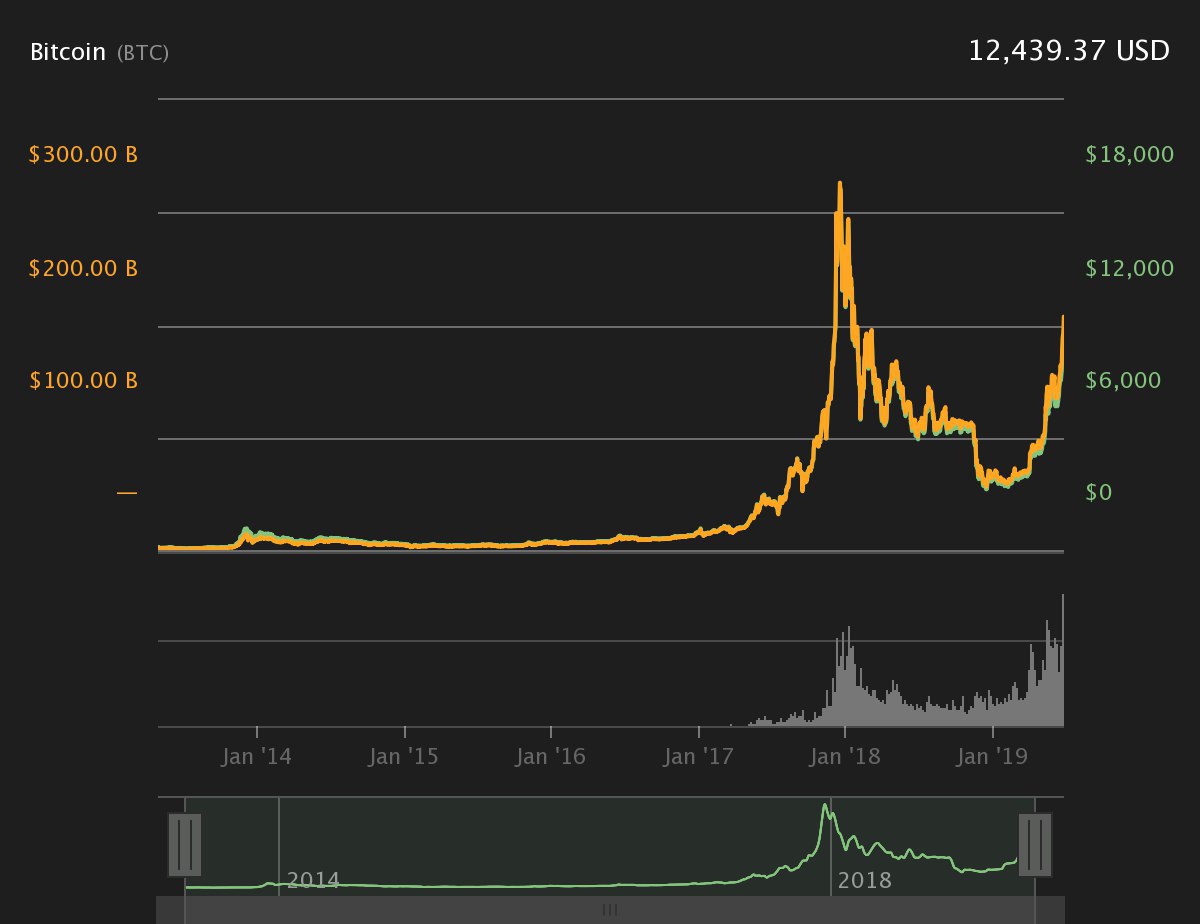 As Cointelegraph reported at the time, one June 22 BTC crossed the $11,000 line in under 24 hours after breaking $10,000. Earlier this week professional trader Peter Brandt also tweeted that bitcoin’s price is currently taking aim at $100,000 target. According to him, bitcoin is currently on its fourth parabolic growth phase, and “is a market like no other.”

The founder and CEO of Digital Currency Group argued earlier this month that it “looks like, perhaps, we are coming out of a crypto winter and we’ve entered a crypto spring,” in an interview with Bloomberg.

Bitcoin hit $12,000 for the first time in over a year after continuing its rapid growth