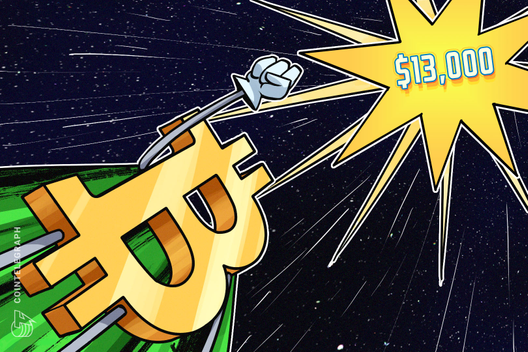 Bitcoin has broken the $13,000 price mark, while gold demonstrates a downturn

Wednesday, June 26 — Bitcoin (BTC) has broken the $13,000 price mark, and many of the top-20 cryptocurrencies showing double-digit gains on the day, according to Coin360.

BTC broke the $12,000 level earlier today, and has continued surging to trade at $13,252 at press time. The leading coin has gained over 16% on the day. Today, Bitcoin’s market dominance climbed to over 60% for the first time since April 2017.

Bitcoin’s recent rally has caused a stir in the crypto community, wherein some of its players have made predictions on its further price dynamics. Today, eToro analyst Simon Peters claimed that BTC prices could match their all-time high of $20,000 within the next two weeks — and could hit $50,000 or $100,000 by the end of the year. 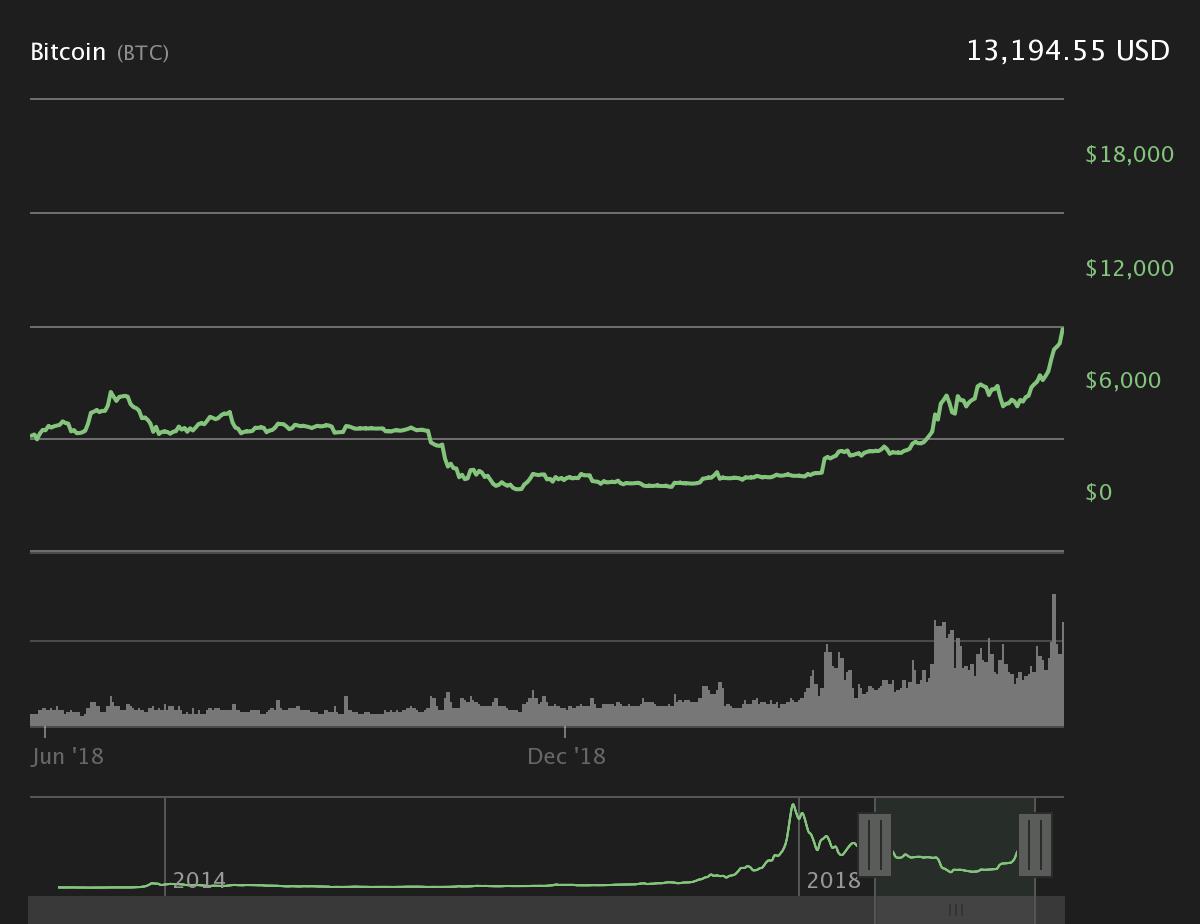 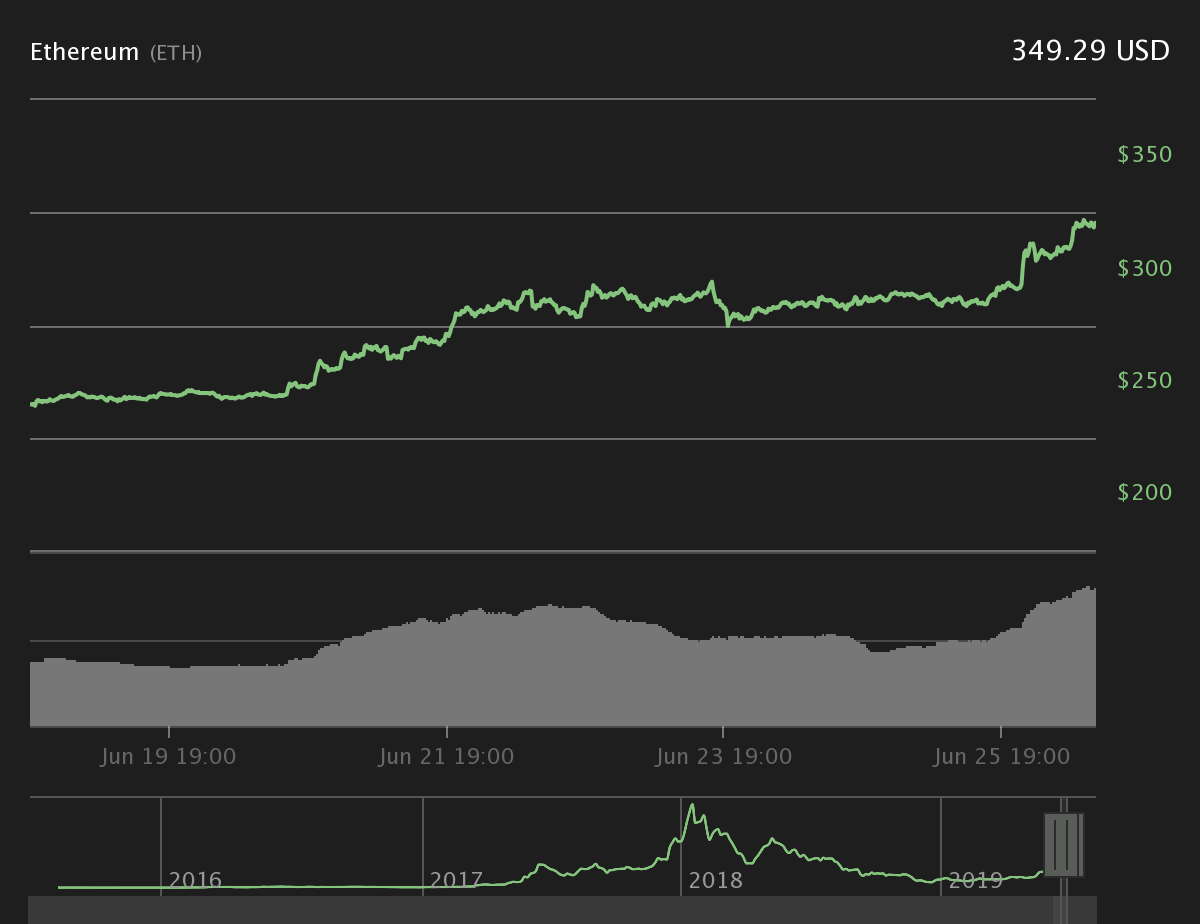 Ripple (XRP) has been demonstrating a calmer price performance, reporting a 5.30% increase over the day to trade at $0.486 at press time. XRP’s market capitalization is currently around $20.4 billion, which is nearly $17 billion less that Ethereum’s. 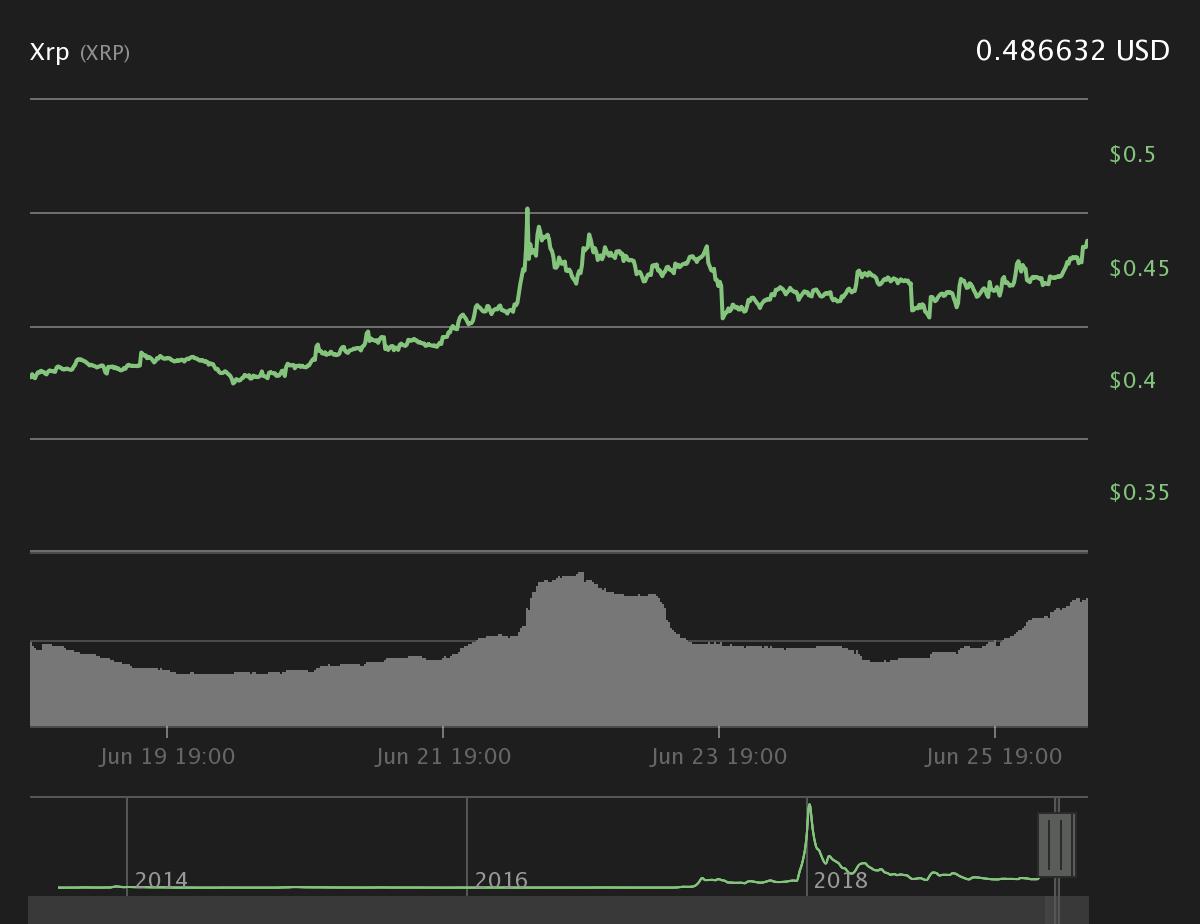 Total market cap of all digital currencies is around $376 billion as of press time, while the daily trading volume has reached $108 billion.

Oil prices also demonstrated a rise today, with U.S. West Texas Intermediate (WTI) crude futures being at $58.95 per barrel, up $1.12 from their last settlement, and WTI hitting its highest level since May 30 at $59.13 a barrel, CNBC reported.

Bitcoin has broken the $13,000 price mark, while gold demonstrates a downturn