The Raspberry Pi Foundation released a new, more powerful model of its miniscule single-board computer, which costs $35 a pop and can run full nodes on the bitcoin network

The Raspberry Pi Foundation released a new, more powerful model of its miniscule single-board computer on June 24, which costs $35 a pop and has the capacity to run full nodes cheaply on the bitcoin (BTC) network.

Earlier versions of the Raspberry Pi have been popular with bitcoin enthusiasts and decentralization advocates as it offers low-cost and thus low-barrier entry to those interested in running their own full nodes on the network.

Doing so allows users to verify their own transactions over the bitcoin network independently without having to trust third-party wallet services.

Unlike miners, who are rewarded with BTC for validating transactions, full nodes do not get compensation for their contribution to the network — which they make in the form of hosting and transmitting updated copies of the blockchain (or distributed transaction ledger).

The new Pi is thus apparently poised to make the process and costs of running a full node more efficient for all network participants — whether they be miners, enterprises, or privacy-conscious individuals.

As of press time, almost 23% of bitcoin nodes globally are run from the United States, followed by Germany at circa 19%.

One of the industry’s popular pre-synced node products, Casa Node, has relied on an inbuilt Raspberry Pi — though earlier iterations of the model have frustrated some users due to its reported slowness.

The new model — the computer’s 4th version — purportedly represents a significant upgrade on earlier versions. At its most expensive — with 4GB RAM — it costs $55 (excluding tax).

The Raspberry Pi Foundation says the latest model supports for an extra 500mA of current — enabled by the switch from USB micro-B to USB-C — thereby ensuring the computer has a full 1.2A for downstream USB devices.

It also comes with a new operating system, which the Foundation claims come with a host of back-end technical improvements, Gigabit Ethernet speed, a modernized interface, plus support for updated applications such as Chromium 74 web browser.

Notably, in the years since Pi’s first release in 2012, other options of low-barrier entry hardware have emerged — including HTC’s Exodus 1S smartphone, which has bitcoin full node capability and was released this May.

Also in May, Cointelegraph reported on data released by bitcoin core developer Luke Dashjr apparently indicating that over half of the full nodes in the bitcoin network were still running client software vulnerable to an inflation bug discovered back in September 2018. 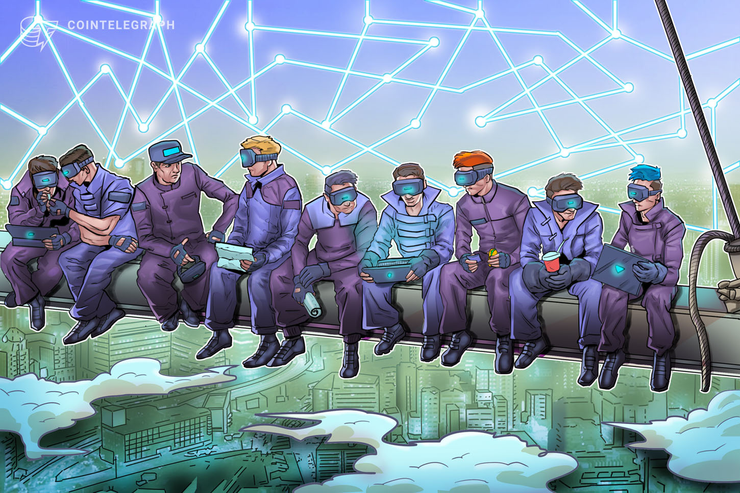 The Raspberry Pi Foundation released a new, more powerful model of its miniscule single-board computer, which costs $35 a pop and can run full nodes on the bitcoin network