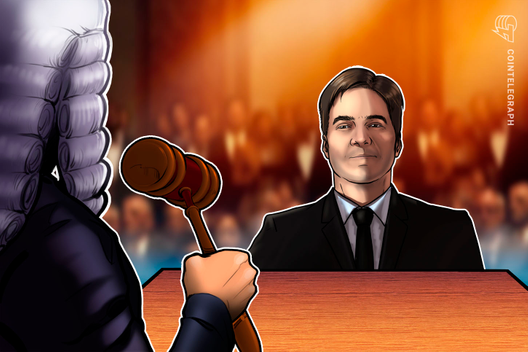 Self-proclaimed Satoshi, Craig Wright, did not disclose his bitcoin holdings as ordered by a court, says lawyer Devin Freedman

The legal counsel for a plaintiff in a bitcoin (BTC) theft case involving Australian computer scientist Craig Wright, said that Wright — the defendant — failed to disclose his bitcoin holdings per court order. Devin Freedman of law firm Boies Schiller Flexner made his statements in a tweet on June 21.

As Cointelegraph previously reported, in May a United States court ordered Wright to produce a list of his public bitcoin addresses as of Dec. 31, 2013. Freedman declared that, since he has not complied, “he remains under an order to show cause why [Judge Florina] Reinhart shouldn’t issue sanctions” and order him to appear before Judge Beth Bloom and “explain why he shouldn’t be held in contempt.”

The order is part of an ongoing case against Wright — who self claims to be bitcoin creator Satoshi Nakamoto — that was filed by the estate of David Kleiman.

David Kleiman was a cyber-security expert and computer scientist, whom many believe  to have been one of the first developers behind bitcoin and its underlying blockchain technology.

Kleinman’s estate brought the case to court in February 2018, claiming that Wright stole hundreds of thousands of BTC worth over $5 billion following Kleiman’s death. The estate claims that Kleiman’s friends and family were unaware of the wealth he had accumulated and that Wright “forged a series of contracts that purported to transfer Dave’s assets to Craig and/or companies controlled by him. Craig backdated these contracts and forged Dave’s signature on them.”

Earlier this month, Wright was ordered to appear personally at mediation to address the accusations against him, after having requested permission to appear by video conference, arguing that physically attending the courtroom would have caused him “unjustifiable hardship.”

In May, Wright filed a copyright claim with the U.S. Patent and Trademark Office to a part of bitcoin’s code and its white paper, but its legal weight is disputed. Self-proclaimed Satoshi, Craig Wright, did not disclose his bitcoin holdings as ordered by a court, says lawyer Devin Freedman