Canadian pharmacy chain Shoppers Drug Mart has partnered with blockchain company TruTrace Technologies Inc. to launch a pilot program for cannabis supply chain tracking via blockchain, according to a report by Bloomberg on June 17.

According to the report, this blockchain tracking system will be used to identify and track medical cannabis, with data included such as the strain’s source and genetics. This data will purportedly allow doctors to issue more effective prescriptions, as well as provide robust information for medical marijuana clinical trials.

“They can say, ‘This particular product, strain, cultivar has this chemistry component and my patient is consistently on this drug and he’s gotten great outcomes […] Then we can start triangulating that data. This is a huge leap for the industry.”

The motivation behind the tracking system is to assuage the concerns of patients and doctors alike, by “mak[ing] it more like traditional medicine,” says Weisbrod.

Commenting on TruTrace’s motivations, the firm’s CEO Robert Galarza said that he hoped the company’s recent partnership with Shoppers Drug Mart can be parlayed into similar arrangements with American pharmacy chains CVS and Walgreens, which already sell cannabis-based products.

According to the report, the blockchain system would track drivers and vehicles automatically. Webjoint CEO Chris Dell’Olio commented on how CyberCar’s driver tracking would help its business, saying:

„Compliance reporting has always been the largest hurdle for the cannabis industry. With CyberCar embedded in our solution, we are able to totally automate all municipal and state reporting requirements.” 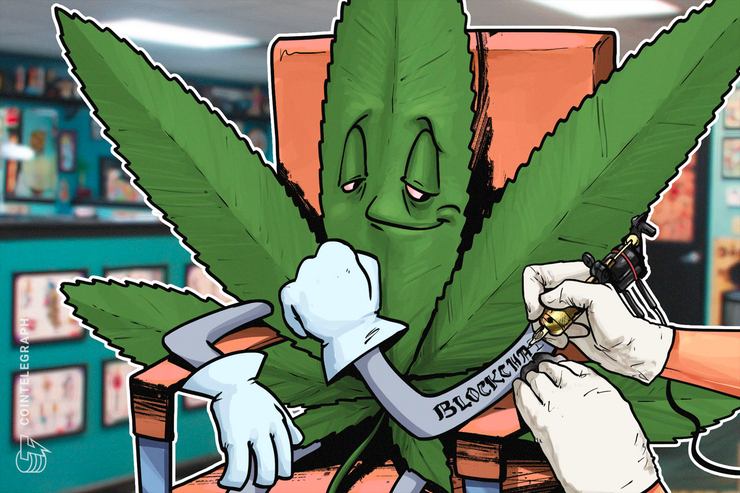