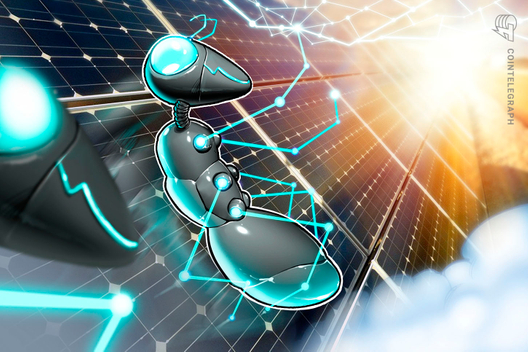 Blockchain-based energy trading firm Power Ledger will roll out its peer-to-peer (P2P) network in Graz, the second-largest city in Austria, according to an announcement on June 18.

The Australia-based company has partnered with E-NEXT, an innovation arm of major Austria’s energy utility Energie Steiermark, to launch its blockchain-powered energy trading platform in and around Graz.

The initiative is an attempt to optimize energy distribution and to contribute to the city’s transition towards zero-carbon energy, the release notes. As such, Power Ledger’s technology is expected to enable rooftop solar energy-based households in the city to sell excess renewable energy to their neighbors, generating a monetary incentive for Graz residents to use such energy.

Power Ledger will initially roll out its service to 10 households in Graz, while the project reportedly has the potential to expand to more households in the city, as well as across the overall energy network of Austria.

According to the statement, Power Ledger’s blockchain-enabled platform enables anonymity of data on the energy distribution network in accordance with the privacy policies of the European Union, as specified in the General Data Protection Regulation (GDPR).

City of Graz is reportedly the sole city in Austria’s Smart flagship project that intends to resolve major issues in the city, including meeting Graz’s zero emission and carbon neutral goals by 2050. Graz is also home to the country’s blockchain hub called BlockchainHub Graz.

According to the report, Power Ledger’s blockchain-based energy trading applications are now under pilot testing in a number of sites across its home country of Australia, as well as several other countries, including Thailand, Japan and the United States.

Cryptocurrency mining is often the subject of criticism on the basis of its environmental consequences. Recently, research found that carbon emissions generated by mining major cryptocurrency bitcoin (BTC) are comparable to the whole of Kansas City.