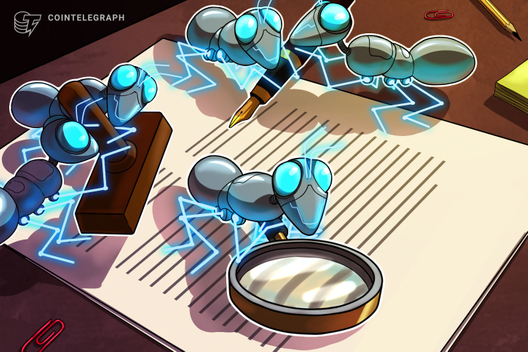 The Brazilian government will consider a draft bill that requires all units of local public administrations to promote new technologies such as blockchain, Cointelegraph Brazil reports on June 11.

The new bill, PL 3443/2019, was filed by a group of ten federal officials from different political parties and states with the lower house of the National Congress of Brazil, Chamber of Deputies, on June 11.

As specified in the title of the document, the proposed draft bill provides the “Digital Provision of Public Services in Public Administration — Digital Government.” If approved, the draft bill will require both federal and state government divisions to apply emerging technologies such as artificial intelligence and blockchain in order to improve public services, the report notes.

The bill was signed by Federal Deputy Tiago Mitraud, who is a member of classical-liberal and libertarian Brazilian political party called The New Party (Partido Novo, NOVO), as well as officials from other parties including The Brazilian Socialist Party (PSB), among others.

On May 31, Cointelegraph Brazil reported that the President of the Chamber of Deputies of Brazil ordered a commission to be set up in order to consider cryptocurrency regulation in the country. The commission will be tasked with regulating local activities around bitcoin (BTC) and other digital assets, and is reportedly expected to be composed of 34 members in accordance with the House Rules of Procedure.