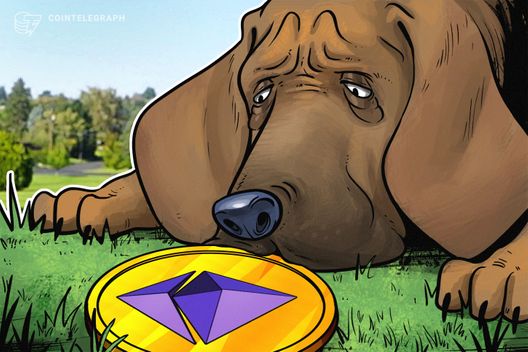 A significant quantity of Ethereum has been probably stored by QuadrigaCX in other cryptocurrency exchanges, a new report finds

Cryptocurrency exchange QuadrigaCX probably stored a significant quantity of Ethereum (ETH) in other crypto exchanges, according to new evidence. This claim was made in a report published by crypto research and consulting platform ZeroNonCense on Feb. 28, which obtained corroborating information from Kraken CEO Jesse Powell and MyCrypto CEO Taylor Monahan.

More precisely, the author of the report reportedly “believes that there is a very strong possibility” that nearly 650,000 ETH belonging to QuadrigaCX were stored on the Kraken, Bitfinex and Poloniex crypto exchanges during QuadrigaCX’s operations. The report claims that the fact that QuadrigaCX had accounts on all those exchanges is established and proven, and that at the time they were sent, the funds were worth over $100 million.

ZeroNonCense explains that — given the affidavit of the founder’s widow Jennifer Robertson that neither she nor other individuals involved with the exchange knew where Cotten stored the crypto assets — it is possible that they were not aware of these storage practices.

According to the report, Robertson also claimed in the affidavit that Cotten may have stored some of QuadigaCX’s funds on other exchanges. A report by Big Four audit firm Ernst & Young, which claimed that the exchange’s cold wallets have been empty and unused since April 2018, could be explained by the possibility that the assets are instead stored on those exchanges, ZeroNonCense hints.

The report concludes that if QuadrigaCX’s funds are still on the aforementioned exchanges, their retrieval should be trivial and could allow the platform to regain solvency and resume its operations.

As Cointelegraph reported at the beginning of February, ZeroNonCense previously released a report claiming that QuadrigaCX never had the $190 million in Bitcoin (BTC) it supposedly lost access to when its CEO unexpectedly died. A significant quantity of Ethereum has been probably stored by QuadrigaCX in other cryptocurrency exchanges, a new report finds