US Court Denies Ex-Mt. Gox CEO Karpeles’ Motion to Stay Lawsuit Against Him

US Court Denies Ex-Mt. Gox CEO Karpeles’ Motion to Stay Lawsuit Against Him Former CEO of now-defunct Bitcoin (BTC) exchange Mt. Gox, was denied his motion to stay the United States lawsuit against him in light of rehabilitation proceedings in Japan, fintech news agency FinanceFeeds reported on March 1.

On Thursday, Feb. 28, the motion by ex-Mt. Gox CEO Mark Karpeles was reportedly denied by the Illinois Northern District Court judge Gary Feinerman. The court also ruled to extend the deadline to submit responses to any already provided discovery requests to May 15, 2019.

Karpeles filed a motion to stay the U.S. case launched by former investors on Monday, Feb. 25. In the document, Karpeles reportedly claimed that the ongoing rehabilitation process in Japan is likely to provide a full recovery to the lawsuit plaintiffs Gregory Greene and Anthony Motto.

In turn, Karpeles moved to stay the allegations in the plaintiffs’ Fourth Amended Complaint because he believes a class action suit is not the right method to resolve the controversy.

The plaintiffs sought to hold Karpeles personally liable for any losses they suffered from their investments in the infamous hack of Mt. Gox and that they could not recover in Mt. Gox’s bankruptcy proceedings.

According to Karpeles, the bull market that followed the exchange’s bankruptcy, could provide a full recovery in Mt. Gox’s Japanese legal proceedings. He suggested that the case should be stayed in order to conserve judicial resources and to avoid unnecessary legal expenses.

Mt. Gox exchange was hacked in 2011, with around 24,000 creditors reported to be affected. The subsequent collapse of the exchange in early 2014 led to loss of a reported 850,000 Bitcoin, valued at roughly $460 million at the time, and around $3.2 billion at press time.

Recently, Karpeles denied claims from controversial crypto figure Brock Pierce who declared that he can reboot the trading platform and accelerate compensation for Mr. Gox’s creditors. Speaking to Cointelegraph, Karpeles challenged Pierce’s legitimacy in claiming that he has the rights and ability to relaunch the exchange.

In December 2018, local Japanese news agencies reported that Karpeles could spend ten years in jail over alleged embezzlement. The former CEO denied the allegations, which state that he stole money, as well as manipulated Mt. Gox ledgers. 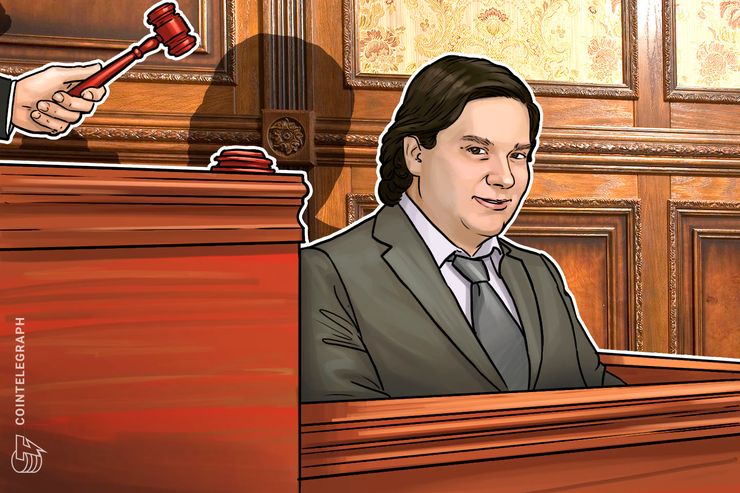