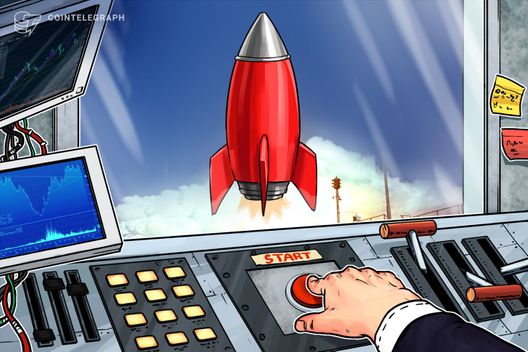 Blockchain artificial intelligence (AI) platform SingularityNET has officially launched a beta version of its Ethereum-based decentralized marketplace on Thursday, Feb. 28, according to a press release obtained by Cointelegraph.

Ben Goertzel, CEO and chief scientist at SingularityNET, noted in the press release that the pre-beta version was stress tested by the community and volunteers prior to the launch .

The AI firm, which is working with renowned robot Sophia built by Hong Kong-based Hanson Robotics, completed an ICO in 2017, raising over $150 million in pledged orders from investors.

Following the AGI token offering, the company reportedly partnered with more than 20 companies and institutions, including UNESCO and the government of Malta, the press release states.

The AI company intends to create a blockchain-driven marketplace where individuals, small businesses and government agencies will be able to purchase algorithms that had previously been available only to Silicon Valley players, the release notes. The services available on the marketplace will include image and emotion recognition services, object detection and speech-recognition, among others.

SingularityNET believes that AI is a rapidly growing area that will probably contribute over $15 trillion to the global economy by 2030. Goertzel also states that the AI economy will further expand and the businesses will need more tech solutions in coming years:

“As the AI economy matures and expands, the demand for a democratic and decentralized AI infrastructure is becoming increasingly clear, as is the need within businesses across the spectrum for AI tools with a greater variety of focus and generalization capabilities.”

As Cointelegraph previously reported, the government of Malta collaborated with SingularityNET back in November 2018 for a pilot project to “explore a citizenship test for robots in the process of drafting new regulation for AI.”

In other AI news, South Korean internet giant and messaging app operator Kakao Corp has recently announced it will keep investing in blockchain and AI despite the significant expenses related to new businesses.

Another AI-related initiative, Fetch.AI, has recently closed its FET token sale on Binance’s Launchpad platform, gaining $6 million dollars with the sale of over 69 million tokens within 22 seconds.