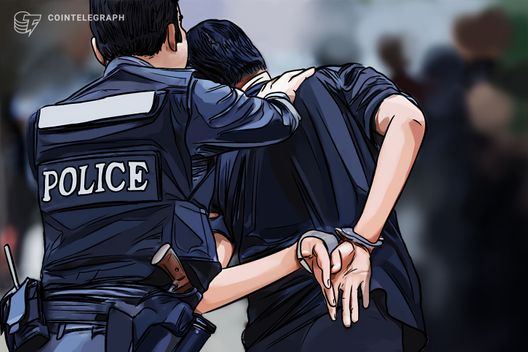 An alleged Bitcoin millionaire, who was reportedly involved in “making it rain cash” on the streets of Hong Kong, is now reportedly accused of mining-related fraud

A purported Bitcoin millionaire (BTC) who was previously involved in “making it rain cash” on the streets of Hong Kong, has reportedly been arrested for mining-related fraud, the South China Morning Post reports Thursday, Feb. 28.

A 25-year old businessman named Wong Ching-kit and his 20-year-old colleague have purportedly been arrested by Commercial Crime Bureau officers at their office in Hong Kong. They are reportedly being held in custody for conspiracy to defraud investors by selling them cryptocurrency mining machines. Details on how or why these miner-related sales were considered fraudulent were not forthcoming.

As Cointelegraph reported in early January, Wong was accused of misleading numerous investors into purchasing mining hardware for a crypto token dubbed “Filecoin,” allegedly promising his clients profits on their investments within three months.

However, according to the investors, the coin was not tradeable. As SMCP then reported, the Democratic Party, which was helping those affected by the alleged fraud, said it received more than 20 complaints since October 2018. The total amount of their losses was around HK$3 million ($383,000). Some investors were demanding a full refund on their funds.

Following numerous complaints, the police promised to start a probe into Wong’s activities, which included suspected money laundering. However, the entrepreneur himself denied the accusations, claiming that he was being treated as if he killed people instead of selling mining machines.

Wong was purportedly part of a publicity stunt in Hong Kong’s relatively poor district Sham Shui Po in December 2018. The entrepreneur appeared in a video posted on his firm Epoch’s Facebook page, asking whether anyone believed that money could fall from the sky. Stacks of bank notes reportedly amounting to HK$6,000 ($764) subsequently were thrown from a nearby rooftop.

Following an incident, Wong was arrested on suspicion of disorderly conduct in public. However, later he was released on bail. An alleged Bitcoin millionaire, who was reportedly involved in “making it rain cash” on the streets of Hong Kong, is now reportedly accused of mining-related fraud