After a Brief Decline, Crypto Market Cap Is Stable Around $130 Billion, Stocks Are Down

After a Brief Decline, Crypto Market Cap Is Stable Around $130 Billion, Stocks Are Down 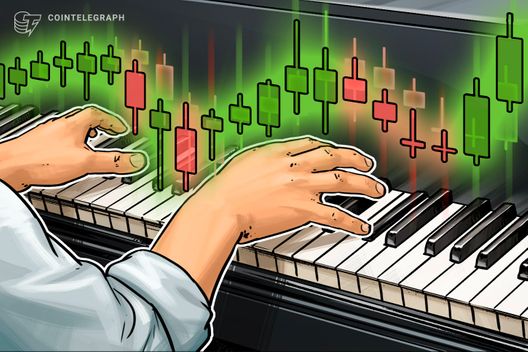 Thursday, Feb. 28 — crypto markets continued trading sideways, while the total market capitalization has remained stable around $130 billion after a major sell off on Feb. 24, according to CoinMarketCap. 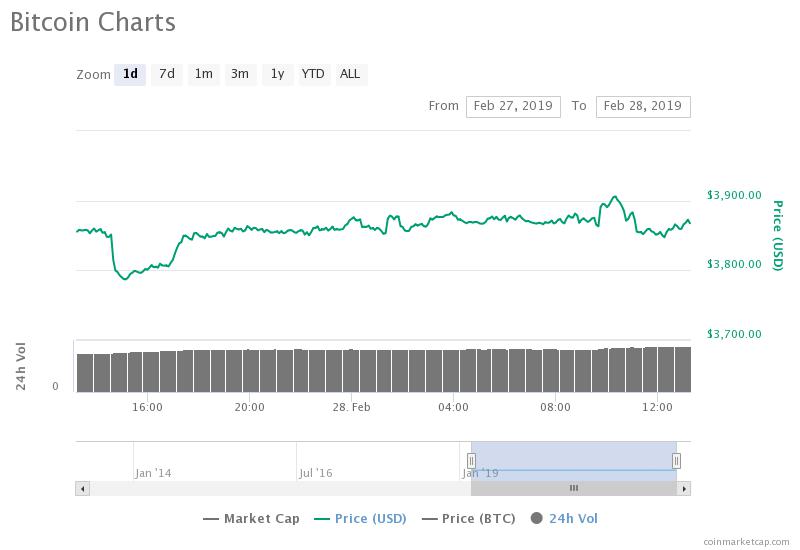 The top altcoin Ethereum (ETH) is up less than 0.1 percent, and is trading at $137.23 at press time. The second crypto by market cap is down about 6 percent over the past seven days. Earlier today, Ethereum dropped to as low as $131.6.

Meanwhile, major upgrades of Ethereum blockchain are set to take place soon today, with both Constantinople and St. Petersburg updates scheduled to happen at Ethereum’s block 7,280,000. According to Ethereum block explorer Etherscan the Constantinople upgrade will be activated in less than one hour from press time. 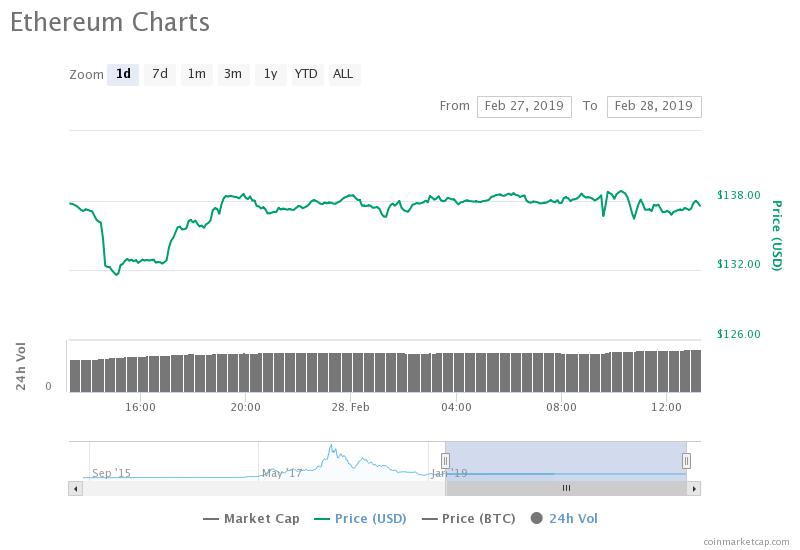 Ripple (XRP), the third top cryptocurrency by market cap, is down about 0.2 percent over the day, and is trading at $0.314 at press time. Similarly to the overall trend on the market, Ripple has seen a major dip today before recovering, having dropped to as low as $0.309 earlier today. Over the past 7 days, XRP is down about two percent. 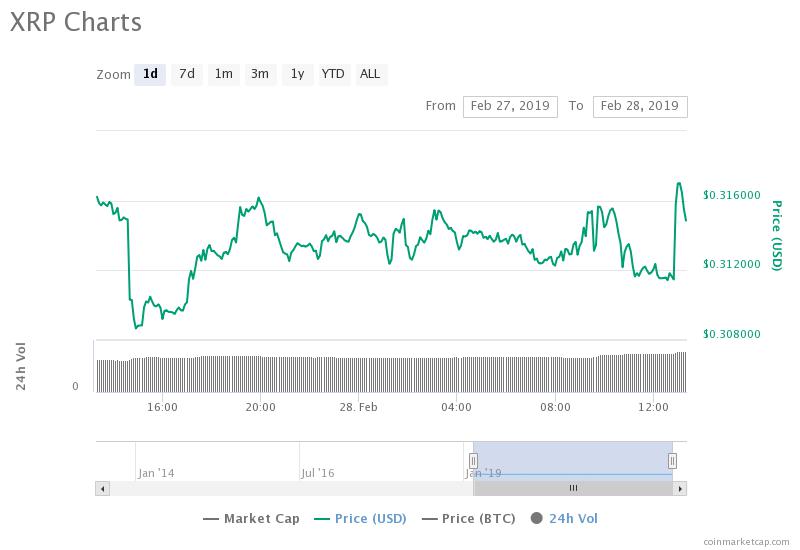 Some of the top 20 coins are seeing more volatility on the day. Binance Coin (BNB), the tenth largest coin by market cap, is up 4.17 percent, and is trading at $10.36. In contrast, Bitcoin SV (BSV) the Craig Wright-supported hard fork of Bitcoin Cash (BCH), is down around 3.3 percent, but is still up three percent over the past seven days.

Total market cap amounts to $130 billion at press time, while daily trading volume has slightly rose to $29 billion from around $26 billion yesterday. 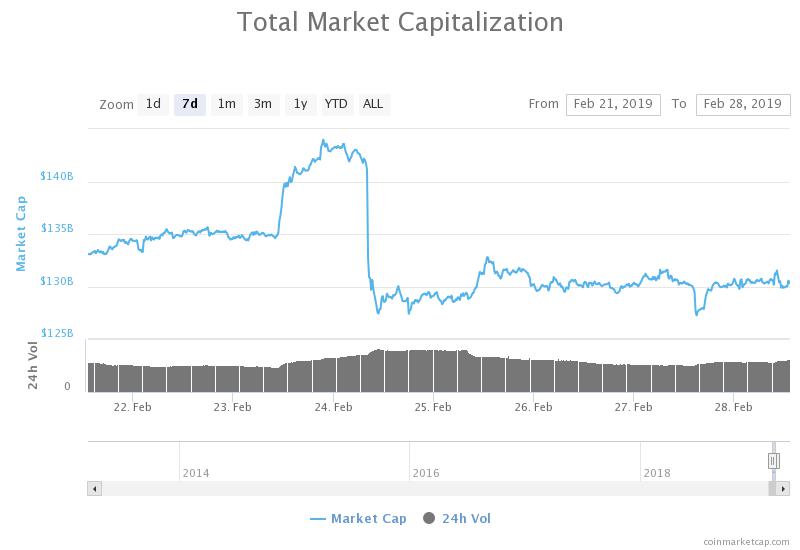 Earlier today, Bloomberg reported that Singapore’s Government Investment Corporation (GIC) was one of the investors that helped to raise $300 million for major United States crypto wallet provider and exchange service Coinbase in 2018.

Also today, the New York Times (NYT) posted an article alleging that social media giant Facebook is planning a highly secretive crypto initiative that intends to integrate its three fully-owned applications including WhatsApp, Facebook Messenger, and Instagram, and create a token with exposure to its totally combined 2.7 billion monthly users.

Oil prices have followed the downtrend of stocks, after U.S.-North Korea nuclear negotiations ended with no deal, according to The Wall Street Journal. However, at press time, oil prices are seeing some growth, with West Texas Intermediate (WTI) crude oil and OPEC basket having rose around 0.3 and 1.3 percent respectively, according to Oilprice.com. On the other hand, Brent crude is down 0.4 percent.

According to CNBC, gold prices have almost touched its two-week lows, as the dollar recovered losses after comments from U.S. Trade Representative who weakened investors‘ expectations for a closure to the tariff war with China. As of press time, spot gold is down 0.38 percent at $1,315 per ounce, while U.S. gold futures are down around 0.4 percent at $1,314.