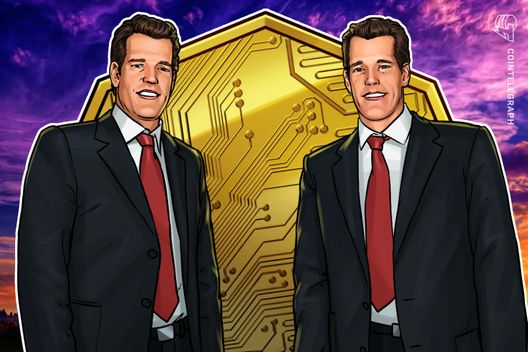 The BT Radianz Cloud broker community has been joined by Gemini, the cryptocurrency exchange founded by the Winklevoss twins

The Radianz Cloud is described in the press release as “one of the world’s largest, secure networked financial cloud communities,” comprised of thousands of institutions, exchanges, brokers and clearing and settlement houses. Now the members of this community will reportedly have access to the crypto market though Gemini.

“global financial institutions have very specific requirements about the performance, resilience and security of the infrastructure over which they trade.”

According to Woodman, Gemini’s membership in the network signals that it can meet the requirements of such global institutions.

According to the section of BT’s website dedicated to the service, Radianz Cloud is used in over 50 countries. An annual report published on BT’s website, claims that it registered 2.97 billion pounds (nearly $4 billion) in normalized free cash flow last year.

BT — which is Britain’s largest internet and telecoms provider — already manifested its interest in blockchain technology in October 2017, when the company secured a patent for its proposed cybersecurity system for blockchain protection.

As Cointelegraph reported at the end of January, Gemini completed a security compliance and data protection audit. The BT Radianz Cloud broker community has been joined by Gemini, the cryptocurrency exchange founded by the Winklevoss twins