Warren Buffett: Bitcoin Is a Delusion That Attracts Charlatans

Warren Buffett: Bitcoin Is a Delusion That Attracts Charlatans 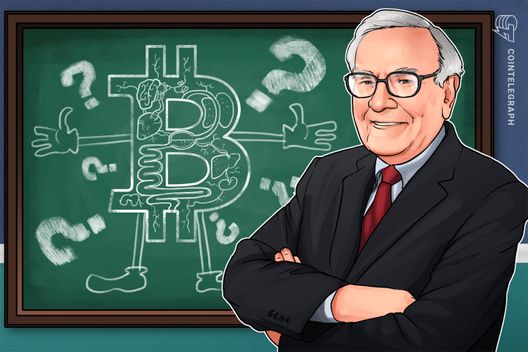 Bitcoin is a delusion and attracts charlatans, according to Berkshire Hathaway CEO Warren Buffett

Berkshire Hathaway CEO Warren Buffett defined Bitcoin (BTC) as a delusion and said that it attracts charlatans, according to an interview with CNBC published on Feb. 25.

Buffet, a known Bitcoin critic, has previously said that buying Bitcoin as an investment is a gamble, and that no one know exactly what the top cryptocurrency is.

When asked if he changed his mind concerning Bitcoin in the CNBC interview, Buffett answered saying that he did not, and that “it is a delusion, basically.” During the conversation, he also pointed out that Bitcoin has no unique value at all, since “blockchain does not depend on Bitcoin” and it does not produce anything.

“You can stare at it all day, and no little Bitcoins come out or anything like that. It’s a delusion, basically.”

However, Buffett did add: “who knows where we will be next year,” followed by comments on his empathy for people who thought investing in Bitcoin was going to change their lives.

As Cointelegraph reported in May of last year, Buffett also said at the annual meeting of his company, Berkshire Hathaway, that cryptocurrencies will come to a bad ending, claiming infamously that Bitcoin is “probably rat poison squared.”

Berkshire Hathaway vice chairman Charlie Munger has also weighed in on Bitcoin, commenting on Buffett’s criticism to crypto with his own negative opinion of the crypto market:

“Someone else is trading turds and you decide I can’t be left out.”

Last year, a self-proclaimed disciple of both Buffett and Munger, Chamath Palihapitiya, noted he believed that the two skeptics were wrong about the leading crypto, stating that “technology is not in [Buffet’s] circle of competence.” 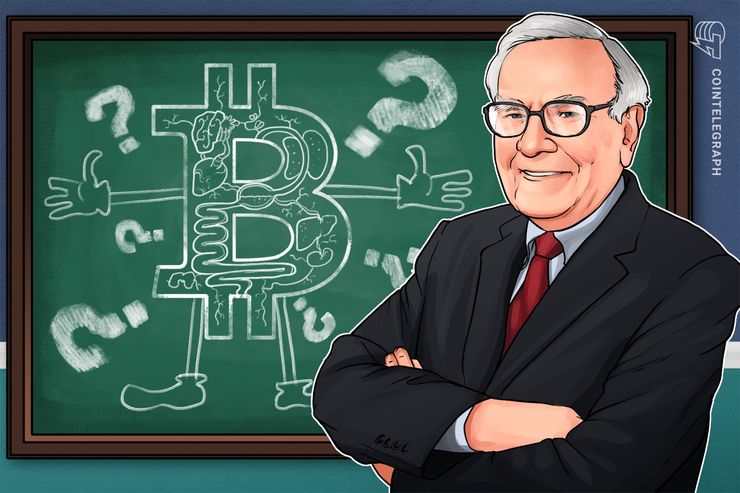 Bitcoin is a delusion and attracts charlatans, according to Berkshire Hathaway CEO Warren Buffett