During a forum covering policy issues facing the state, Sprague said that the treasury has only collected two receipts for tax payments using cryptocurrencies. He did not specify the specific amount of tax payments received through cryptocurrency.

With that, Sprague emphasized that the Ohio state treasury does not manage cryptocurrency themselves, clarifying that they do not accept any other currency than the U.S. dollar. The treasurer elaborated that crypto tax payments are conducted through a cryptocurrency platform which simply facilitates the exchange from crypto to fiat:

“We will never accept won or renminbi or francs or cryptocurrency, or any other currency. You have to relieve your debts to the state of Ohio with U.S. dollars. That’s what we’re currently accepting. This platform just allows for that exchange, basically before that debt is settled to the state of Ohio.”

Sprague said that the treasury is reviewing how the program might be expanded or curtailed, and is investigating the potential counterparty risks with the vendor.

Ohio has been actively trying to attract blockchain– and cryptocurrency-related businesses to the state. When the state passed the law allowing business to pay taxes in crypto, then state Treasurer Josh Mandel said that the legislation “plants a flag” in Ohio in terms of national cryptocurrency adoption.

On Feb. 21, the County Auditors’ Association of Ohio announced the formation of a working group to explore the benefits of blockchain in terms of real estate transactions and transfer of land titles across multiple counties

In early December, Cointelegraph reported that Ohio-based funds plan on investing more than $300 million in blockchain startups through 2021, namely to startups developing blockchain applications for local business, government, welfare projects, and others. 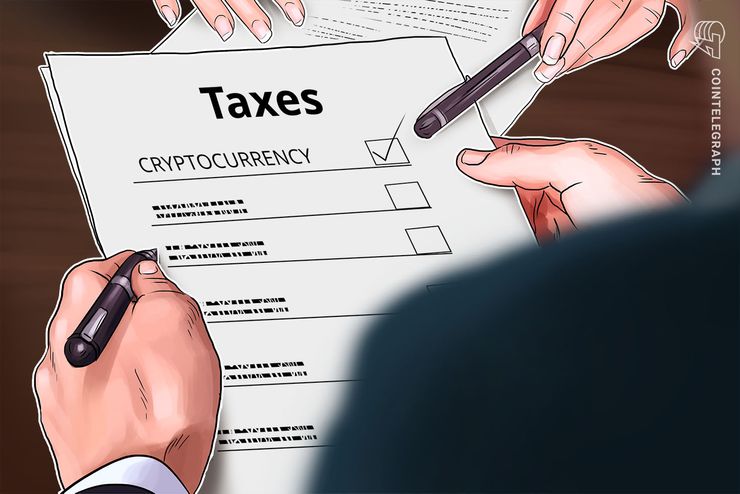