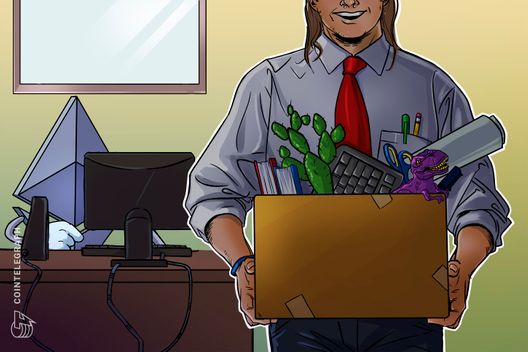 In his tweet, Schoeden reportedly criticized Serenity, also known as “Ethereum 2.0” — a final upgrade for the Ethereum network that brings its mainnet over to a proof-of-stake (PoS) consensus algorithm. The tweet, which has since been deleted, reportedly read:

“Polkadot delivers what Serenity ought to be…”

Polkadot is Parity’s upcoming protocol aimed at linking different blockchains. Schoedon told BreakerMag that he will “no longer work on Ethereum or Ethereum-related projects,” but will remain with Parity. He explained the meaning of the recent tweet:

“Polkadot is not a direct competitor to Ethereum and chains like Ethereum were always an integral part of the Polkadot vision. The focus of my tweet wasn’t Polkadot or competition, but Serenity, which is, in my eyes, rolled out too slowly, and I fear that it [won’t] matter anymore once we get there. People didn’t get that, and only I am to blame for not getting the message straight.”

Moreover, Schoeden believes that the Ethereum community needs to find some shared values and goals:

“I also fear that Preethi [Kasireddy] was right last year when she said that we might need to talk about the values (again) to find out what the community really stands for.”

Following the controversial tweet, users immediately accused the developer of “betrayal,” along with “sabotaging” Ethereum from within and having a conflict of interest. Schoeden subsequently clarified that the discussions forced him to quit Ethereum:

The pre-release of Ethereum 2.0 kicked off in early February. The Constantinople hard fork, an upgrade to the Ethereum, network — which encloses separate Ethereum Improvement Proposals (EIPs) in order to soften the transition from the current proof-of-work (PoW) to PoS — is scheduled for Feb. 27.

Constantinople faced its first delay in October 2018 due to a consensus issue that was detected on the Ropsten testnet. In January, smart contract audit firm ChainSecurit found a vulnerability in the Constantinople hard fork. The critical issue, which could have allowed for reentrancy attacks via the use of certain commands in Ethereum smart contracts, caused another dealy.