Crypto hedge fund Pantera Capital has already sealed $130 million out of a $175 million target for its third crypto venture fund, according to fund president Bill Healy

Crypto hedge fund Pantera Capital has already sealed $130 million out of a $175 million target for its third crypto venture fund. The development was shared with Cointelegraph in private correspondence with Pantera president Bill Healy on Feb. 22.

For Pantera’s debut fund in 2013, the firm had raised $13 million, rising to $25 million for its second. As reported in August 2018, Pantera raised the game for its third offering, saying at the time that the $175 million target was “a function of how fast the space is moving, the talent coming in, the opportunities, and the sizing of rounds.” Healy today told Cointelegraph that:

“Blockchain venture equity continues to be very strong, both in terms of returns and deal flow.  Pantera’s first two venture funds, which were launched in 2013 and 2015, are currently valued at 7.2x and 2.8x, respectively.  [For the third,] we’ve raised $130mm of the $175mm fund in the previous closing. Venture Fund III will have its final close on March 28th.”

Pantera executives have previously disclosed that $100 million from 140 investors had already raised by mid-August 2018, according to a CNBC report at the time. The fund reportedly has a decade-long investment period, and offers investors equity in a blockchain company in return for their capital.

Healy revealed the fund’s activities to date, outlining that:

“Our third blockchain venture fund has invested $30 million into nine portfolio companies.  Pantera was joined by BCG and Microsoft as a founding investor in Bakkt, the newly formed subsidiary of the parent of the New York Stock Exchange (Intercontinental Exchange – NYSE: ICE). Pantera led the funding rounds in five deals, including Blockfolio and, most recently, Staked. Our investments in StarkWare and Synthetic Minds have also been announced.”

As reported in August, Pantera has also been developing nontraditional venture funds for crypto investors, such as an investment strategy with input from machine learning and a hedge fund that focuses on initial coin offerings (ICO).

In December, the hedge fund published a newsletter warning that a quarter of its ICO projects could be found to be in violation of United States’ securities laws, and would potentially be compelled to repay investors.

Pantera’s most recently led funding round, as Healy noted, was in crypto staking startup, Staked — a venture that manages clients’ deposited and staked cryptocurrencies, which generate block rewards.

Whereas ICO investments may face the adverse impact of the cryptocurrency market slump and regulatory crackdowns, some have proposed that that proof-of-stake token investments can provide a profitable investment strategy regardless of market conditions. 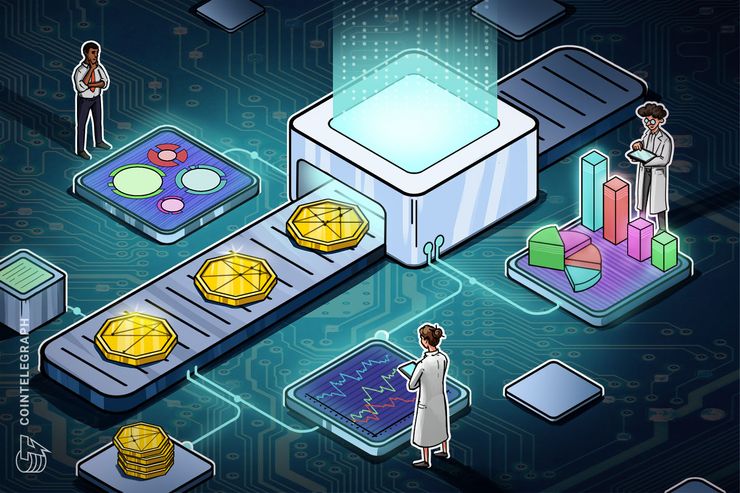 Crypto hedge fund Pantera Capital has already sealed $130 million out of a $175 million target for its third crypto venture fund, according to fund president Bill Healy