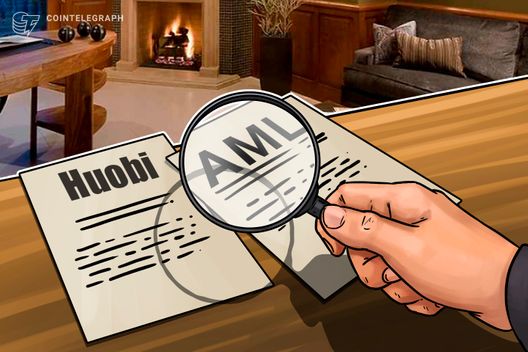 Huobi Korea, the South Korean branch of the world’s sixth largest crypto exchange, has recently strengthened its anti-money laundering (AML) protections, according to a press release shared with Cointelegraph on Feb. 21.

According to the statement, Huobi Korea, which launched its services in 2018, has reviewed its deposit and withdrawal processes and fiat-to-crypto oversight. The company will closely monitor any transactions that might seem suspicious, the press release notes. In addition to that, Huobi Korea says it will regularly update its fraud detection system algorithms.

Moreover, the exchange is set to launch an inter-exchange hotline in order to prevent identity theft, voice phishing and other types of fraud. According to the press release, the measures were taken to abide by the regulations and guidelines of the Korean Financial Services Commission (FSC).

As of press time, Huobi Global is the sixth largest crypto exchange in the world by adjusted volume. According to CoinMarketCap, its 24-hour trading volume surpasses $496 million.

In late 2018, the FSC officially cleared banks to work with crypto exchanges for the first time in history, establishing a major milestone for the local crypto sector.

In early January, the Korean government revealed the results of its security audit of local crypto exchanges. Bithumb, Coinone and Korbit, in addition to four other major exchanges, satisfied investigators during the examination, which took place between September and December 2018.  However, 14 other platforms failed to pass the audit.

Later, four major Korean exchanges — Bithumb, Upbit, Korbit and Coinone — established a hotline where users can share information on any unusual trading or payments that could possibly be related to crimes, such as pyramid schemes. The exchanges will reportedly block any accounts involved in suspicious transactions.