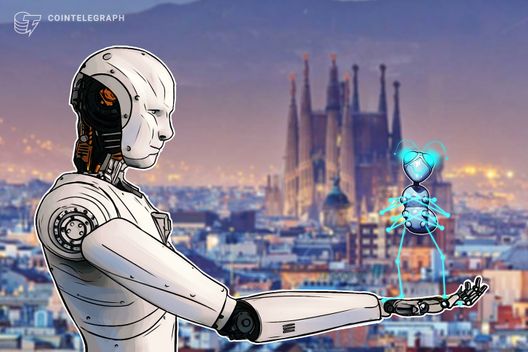 One of the world’s largest mobile network providers, Telefónica, will support startups developing new tech, such as blockchain

Spain’s largest multinational telecommunications company, Telefónica, has announced an initiative to support entrepreneurs in innovative technologies, such as blockchain and artificial intelligence (AI), according to an official press release published on Feb. 19.

The Madrid-based company — also one of the largest telephone operators and mobile network providers in the world — has launched its first “Open Innovation” call of this year via  its tech incubator subsidiary, Telefónica Open Future. The month-long initiative seeks to support startups and innovative projects ready to „revolutionize traditional ecosystems through new technologies,” such as blockchain, AI, virtual reality and big data. A translation of the press release states:

“This call is aimed at strengthening the growth of companies in territories and ecosystems where there is already great entrepreneurial talent.”

Telefónica Open Future is a global platform that aims to connect public and private institutions focused on innovation and entrepreneurship. The call for entrepreneurs will be open until March 20 and the selected startups will be promoted and supported by the Global Open Future network and Telefónica, underlines the press release.

As Cointelegraph reported on Jan. 24, despite the ongoing crypto winter, a survey conducted by a Switzerland-based crypto investment firm reports that the number of blockchain startups continues to grow in Switzerland and Liechtenstein.

According to a recent report, South Korea’s leading telecommunications company, KT Corporation, has been selected to develop a local cryptocurrency in the South Korean city of Gimpo. One of the world’s largest mobile network providers, Telefónica, will support startups developing new tech, such as blockchain