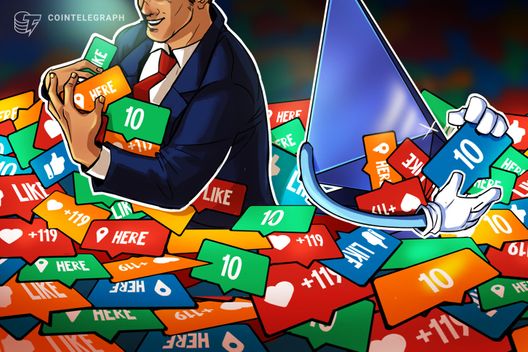 Will the CFTC greenlight ETH futures? The agency asked the public to weigh in, and here’s the feedback it received

On Feb. 17, the United States Commodity and Futures Trading Commission (CFTC) stopped accepting public comments regarding the Ethereum (ETH) mechanism. Previously, as 2018 was drawing to a close, the agency requested the feedback on the cryptocurrency to better understand the technology and how it compares to Bitcoin (BTC).

The CFTC, which oversees the futures and options market in the U.S., has long determined that Bitcoin is a commodity, and therefore falls into its regulatory purview. In December 2017, the agency allowed two major regulated exchanges — the Chicago Mercantile Exchange (CME) and the Chicago Board Options Exchange (CBOE) — to list BTC futures on their platforms.

Now, given that Ethereum, like Bitcoin, has been cleared of being classified as a security, the watchdog might be preparing to greenlight Ethereum futures contracts.

Around 30 public comments were submitted in response to the CFTC’s request: Coinbase, Circle and Craig Wright were among respondents

On Dec. 11, the CFTC announced it was seeking public comments and guidance regarding the Ethereum network. Specifically, the agency required the feedback to better understand the cryptocurrency and its underlying technology, as well as the differences and similarities between Ethereum and Bitcoin, including the “opportunities, challenges, and risks” associated with the altcoin.

Further, on Dec. 17, the regulator followed up on its initial statement and published a respective Request for Information (RFI) with the Federal Register in order to collect the information. The CFTC requested public comments on 25 different questions regarding Ethereum — namely its security and market features, as well as use cases of applications based on its network. The agency also noted that it oversees the commodity futures markets as per the Commodity Exchange Act (CEA), meaning that the CFTC will most likely use the comments to assess the possibility of approving Ethereum futures. The watchdog wrote:

“The Commission is seeking public feedback in furtherance of oversight of these markets and regulatory policy development. The input from this request will advance the CFTC’s mission of ensuring the integrity of the derivatives markets as well as monitoring and reducing systemic risk by enhancing legal certainty in the markets.”

Moreover, the CFTC noted that the results of the RFI will also be used by its fintech initiative dubbed LabCFTC. Founded in May 2017, LabCFTC is a dedicated hub for “engagement with the fintech innovation community,” aiming to examine “new regulatory fintech developments in the marketplace,” as previously explained by CFTC Chairman Christopher Giancarlo.

Finally, the 60-day deadline was announced as well, as the document stated that comments must be sent not later than Feb. 17, 2019.

According to the CFTC website, a total of 43 entries were submitted by the public before the deadline. After taking a closer look, it becomes clear that 14 of those entries are either advertisements, generally irrelevant comments or identical copies of other statements. Hence, only 29 RFI entries represent comments on Ethereum submitted by the public. Those were filed by industry participants such as Coinbase, Circle, ConsenSys and Craig Wright, among others.

Here is the list of selected, generalized questions proposed by the CFTC, along with answers from certain crypto companies and trading associations.

How do the current functionalities and capabilities of Ether and the Ethereum Network compare to those of Bitcoin?

The Ethereum Foundation argued that, on the Bitcoin blockchain, each account simply stores a certain amount of Bitcoin as well as “a script in an ultra-minimal programming language that determines how to verify who has the right to spend these bitcoins.” Ethereum, on the other hand, supports the creation of smart contracts, the foundation argued. Smart contracts, in turn, are featured in applications that are “not financial in nature but simply use the blockchain as a source of high-assurance computation and data storage.”

Circle compared Bitcoin and Ethereum in the context of payment transactions, also explaining that, unlike Bitcoin, the Ethereum network supports additional tokens that utilize its smart contracts feature:

The Futures Industry Association: international trade organization for the futures industry with around 180 corporate members

The Futures Industry Association (FIA) also suggested that Ethereum is generally more versatile than Bitcoin, but warned the CFTC to measure additional risks caused by this difference. The association stated:

„With the Ethereum Network’s architecture, risk management is potentially more complicated than for Bitcoin by orders of magnitude. Whereas Bitcoin is a payment unit on a shared and distributed ledger for transactions, Ether is a unit of work on a distributed functionality tool that offers super-computing power on the Ethereum Network, in exchange for value.”

Craig Wright also reached out to the CFTC with a comment. Notably, in the introduction, he reiterated his previous claim that he is actually the original inventor of Bitcoin.

Further, Wright harshly criticized Ethereum while arguing that Bitcoin can also support smart contracts in theory, but that ability was allegedly damaged by its core developers:

„Ethereum is a poorly designed copy of bitcoin designed with the purpose of completing the promise of smart contracts and scripting that were delivered within bitcoin but which were hobbled by the core developers of bitcoin.“

Would transitioning ETH to a proof-of-stake (PoS) consensus make it more prone to manipulation?

The FIA’s Principal Traders Group suggested that, hypothetically, if Ethereum fully migrates to the PoS model, a participant could open up multiple validator accounts on its blockchain to their benefit. However, the community will still hold enough instruments to deal with such manipulation, the trading association argued, citing Vitalik’s views on the proof-of-stake design:

“If a malicious group of validators attempted to prevent others from joining or executed a 51% attack, the community would simply coordinate a hard fork and slash the offending validators’ deposits. See Vitalik’s proof-of-stake design philosophy, where he addressed this issue, here.”

“In particular, any party that stakes ether to validate blocks on the Ethereum Network will have less of an ability to directly impact the network, even relative to their proportional ‘staked wealth,’ than miners on proof‑of‑work protocols relative to their proportional hash power. In fact, […] under the Ethereum Network’s planned proof‑of‑stake protocol, even if a validator controlled 1/3 of the entire ether staked in the protocol, the validator’s probability of obtaining enough control to do damage is less than one in one trillion.”

Circle also agreed that the PoS-based network is generally safer than PoW, arguing that the community would notice any suspiciously rapid increase in the token’s value:

“Additionally, there may not be enough of a given PoS-based token’s supply on exchanges, so sourcing the liquidity necessary to purchase a majority of tokens may not even be possible.”

What impediments or risks exist to the reliable conversion of Ether to legal tender?

ErisX noted that Ethereum owners face certain problems like price volatility and liquidity risk related to finding ready counterparties with offsetting interest when looking to cash out on their tokens, “which is similar to other assets that are not legal tender.”

Further, the exchange compared Ethereum to gold in the sense that it is difficult to convert both of those assets into the legal tender physically, while future contracts significantly simplify that task:

“The efficiency that futures contracts introduce into the gold market enables gold owners to convert their assets into legal tender more efficiently and at better prices than may otherwise be available in the absence of the futures contract. Regulated futures markets can be similarly expected to benefit the Ether market.”

Coinbase essentially used this question to remind the agency that most risks associated with the conversion of cryptocurrencies into legal tender exist due to the unregulated nature of the crypto market. Ideally, the exchange continued, all trading platforms must follow thorough Anti-Money Laundering (AML) and Know Your Customer (KYC) policies, among other factors.

“As with any freely-traded asset, the price of Ether can fluctuate based on a variety of factors. The greater the percentage of volume trading on the exchanges with capabilities listed above, the more that the market price will reflect true supply and demand for the product.”

Circle appeared more confident about the conversion of Ethereum into legal tender:

“There are not many impediments or risks associated with converting Ether to and from legal tender. Ethereum is one of the most liquid crypto assets available on spot trading platforms, and there are numerous trading platforms that also contain fiat on-ramps, including Coinbase, Gemini, Kraken, Bitstamp, itBit, HBUS (Huobi), and others.”

How would the listing or trading of derivative contracts on Ether affect the cryptocurrency itself?

ErisX stressed that the introduction of a regulated futures contract on Ethereum “would have a positive impact on the growth and maturation of the market,” adding:

“The introduction of standardized futures contracts […] may have the effect of making the market more accessible, at lower risk, with lower volatility, for a larger, broader diversity of actors. This includes the potential for greater liquidity, more effective price discovery, and more efficient risk transference. A higher quality market invites greater participation, which can lead to increased quality in a positive feedback loop.”

“Generally, we believe the listing and trading of derivative contracts would be orthogonal to the functionality of the Ethereum Network, as networks are designed to be used independent of the existence of trading markets for their respective tokens,” Circle noted.

The startup, however, continued by stressing that, under sufficient scrutiny provided by the CFTC, the risks associated with Ethereum derivative contracts should be mitigated.

The U.S. exchange argued that financially settled futures products “would not likely have a substantial impact on the Ethereum network.” In fact, Coinbase added, it could reduce price volatility, which, in turn, could result in “greater commercial usage.”

Overall, the CFTC received mostly positive feedback from crucial crypto and futures industry participants. The negative comments were provided mostly by a private individual — who put “Ethereum Fraud” under his company name, arguing that listing ETH futures would “validate fraud,” among other things — and Craig Wright.

The message from major U.S. crypto players such as Circle and Coinbase was clear: The industry needs more definite regulatory measures from the watchdogs. Interestingly, last week, CFTC Commissioner Brian Quintenz suggested that participants in the cryptocurrency market should create a self-regulatory structure, citing the CFTC’s lack of crypto statutory oversight capability.

As Cointelegraph previously reported, the CFTC’s progress in reviewing Ethereum could have been significantly delayed due to the U.S. government shutdown in January. 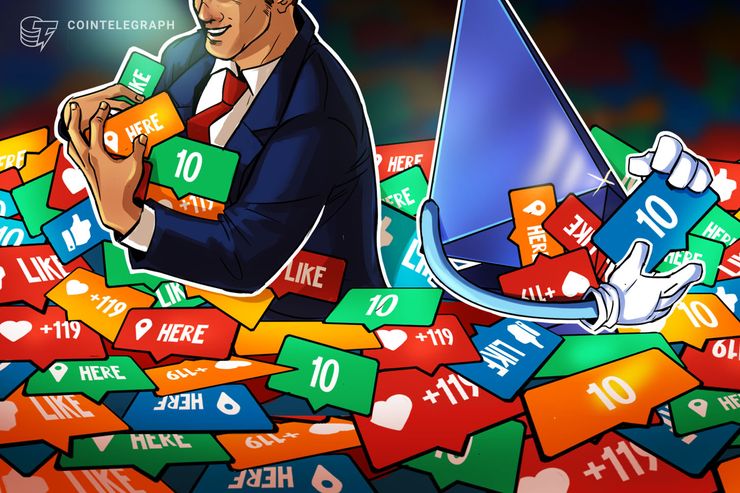 Will the CFTC greenlight ETH futures? The agency asked the public to weigh in, and here’s the feedback it received