Yoshitaka Kitao, CEO and representative director of Japanese financial services giant SBI Holdings, has singled out Ripple (XRP) and blockchain consortium R3 as reasons to remain optimistic about the future of the crypto industry — bear market notwithstanding. Kitao made his remarks during an interview with Japanese crypto news outlet Coin Post on Feb. 18.

SBI Holdings is an active partner of Ripple via their joint venture, “SBI Ripple Asia,” established to promote the use of XRP in Asian financial markets back in 2016.

In his interview with Coin Post, Kitao underscored that the protracted crypto market slump is not to be thought of as an end to the industry, and that SBI has been working intensively to foster the adoption of XRP among financial institutions.

He affirmed that the real demand for the asset’s use in cross-border remittances and settlement is already underway and will continue to burgeon— pointing to Santander’s use of Ripple’s blockchain-powered xCurrent and RippleNet platforms for international payments as an exemplary, high-profile case.

Aside from predicting that Ripple’s still-fledgling market capitalization would eventually grow to be a global standard, Kitao also made positive remarks in relation to enterprise blockchain consortium R3 — of which SBI is a member, as well as reportedly being the largest outside shareholder — as well as the R3 Corda settlement platform.

Alluding to the now-resolved legal disputes between R3 and Ripple, Kitao said he had encouraged the two former ostensible rivals”to cooperate on a joint venture, and was bullish on the potential impact of “Corda Settler” — R3’s universal payment settlement platform, which unveiled XRP as its first supported crypto in December.

Among the rest of his wide-ranging remarks, Kitao said he judged the “temperature of institutional investors [in regard to crypto] to be extremely hot,” noting that surveillance and real-time data on the crypto markets are improving, as well as clearing services.

Kitao said he hoped that Japan would spearhead cryptocurrency regulation and act proactively ahead of other global markets, such as the United States. He noted that SBI was awaiting more legislative clarity from the Japan’s watchdog, the Financial Services Agency, before launching its own crypto fund for institutional investors.

As previously reported, the past couple of years have seen SBI pursue multiple ventures in the crypto sector, including its own exchange — VCTRADE — alongside a series of investments in businesses developing crypto infrastructure and services. It also has its own blockchain initiative S coin platform, which it trialed for retail payments in September 2018, integrating R3 Corda technology.

In January, SBI published its nine-month financial report, which identified the implementation of R3 and Ripple technologies as a major part of its strategy.

In October 2018, SBI and Ripple’s XRP-powered payments app, MoneyTap, went live for account holders at selected Japanese banks — with the eventual ambition of including a consortium of 61 institutions (representing over 80 percent of all of Japan’s banking assets) in the service. 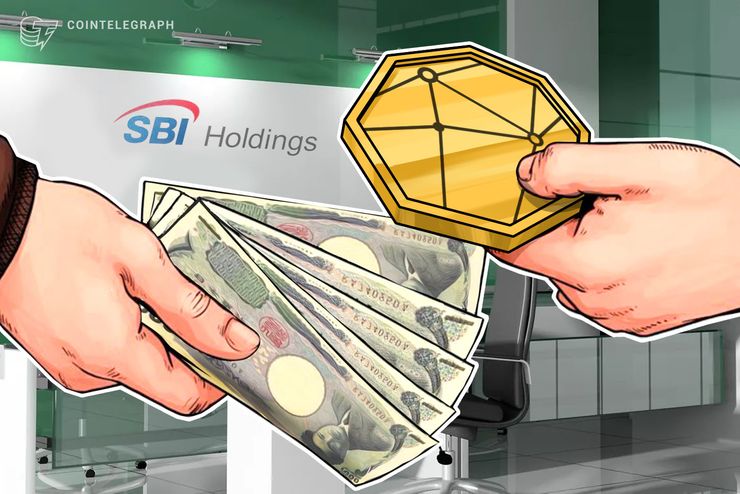