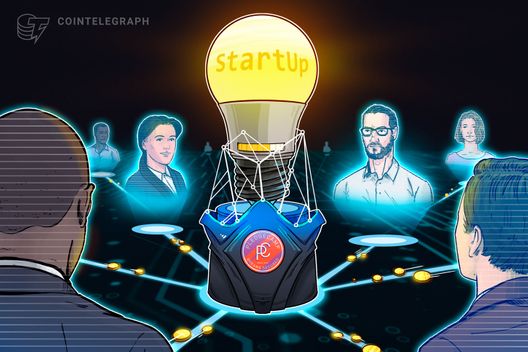 Crowdfunding has exploded in popularity, but a blockchain startup says the industry has serious flaws. Now, it is taking on major players like Kickstarter #SPONSORED

A new blockchain platform is vowing to take on established crowdfunding sites — and argues that their lack of accountability means greater numbers of projects fail to deliver what they promised.

Pledgecamp says its approach involves offering transparency through the form of smart contracts — and ensuring that entrepreneurs and the platform they host their projects on are equally invested in a campaign’s success.

One of the startup’s features is known as Backer Insurance. Instead of funds being released in full as soon as a target is met, project creators must propose “clear development milestones” before contributions are made. An escrow wallet then ensures that funds are unlocked gradually — with supporters given the sole right to monitor how their investments are spent, vote on whether a milestone’s objectives have been fulfilled satisfactorily, and decide if the next phase of the project should begin.

According to Pledgecamp, blockchain is the only way to deliver this concept, as it removes centralization and gives power to those who have put their funds at stake. The company’s white paper explains: “Instead of requiring teams of lawyers, creating smart contracts is essentially free, judgment is automated, and enforcement is guaranteed.”

The level of Backer Insurance associated with a project can be decided upon by the campaign creator — and those who volunteer more of the funds to be protected in Backer Insurance subsequently benefit from lower listing fees.

Pledgecamp maintains that its solution is necessary because of flaws that exist in the services offered by current mainstream players — Kickstarter and Indiegogo among them.

The startup cites research that suggests as many as 85 percent of campaigns end up delaying delivery, while up to 14 percent fail altogether. Pledgecamp also highlights statistics released by Kickstarter itself that show that only a third of those who contribute to a crowdfunding campaign on the website end up doing so again. According to the blockchain platform, this amounts to a “trust problem” that needs to be addressed if the industry is going to thrive — enabling businesses to secure funding away from financial institutions and validate their product ideas.

The startup argues many crowdfunding sites have failed to innovate and offer technical features that benefit entrepreneurs and contributors alike. Pledgecamp says its ecosystem will offer resources for project creators in a “secure and decentralized way” — and give them the chance to hire skilled workers who can help them achieve their goals on a temporary basis in their “gig economy.”

Moderation is also going to be a major factor in Pledgecamp’s offering — and in the spirit of decentralization, this vital role will lie with users. Those who contribute by curating campaigns and removing those that violate the platform’s Terms of Service will be eligible to receive a proportion of the listing fees generated by each successful project. While Pledge Tokens are the platform’s main cryptocurrency, moderators who stake their Pledge Tokens into Camp Shares are eligible to participate in this moderation role, as part of the ecosystem’s two-token economy.

Pledgecamp’s advisers include Randi Zuckerberg — who formerly led marketing at Facebook, the social media giant founded by her brother Mark. She is joined in this capacity by Matt Curcio, the vice president of data at Ripple.

A limited token sale begins on Feb. 18 and runs for 30 days. The startup is designing the platform in partnership with MetaLab, which has helped well-known products such as Slack and Coinbase. The launch is scheduled in full toward Q3 of 2019. In the run-up to this launch date, it plans to create a Knowledge Center for project creators, implement the website’s user interface, and complete work on the platform’s back-end and smart contract functionality. Crowdfunding has exploded in popularity, but a blockchain startup says the industry has serious flaws. Now, it is taking on major players like Kickstarter #SPONSORED