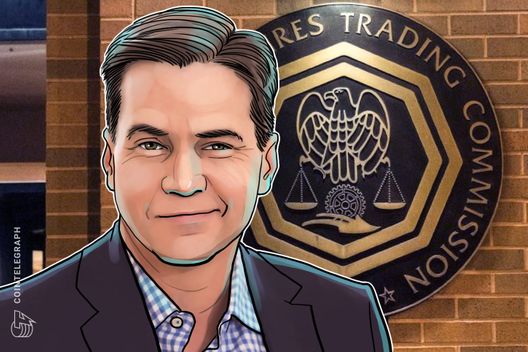 The closing deadline for responses to CFTC’s request for input (RFI) was Feb. 17, the agency having outlined its reasons behind gathering the information as follows:

“The input […] will advance the CFTC’s mission of ensuring the integrity of the derivatives markets as well as monitoring and reducing systemic risk by enhancing legal certainty […] The RFI seeks to understand similarities and distinctions between certain virtual currencies […] as well as Ether-specific opportunities, challenges, and risks.”

Both of the comment letters to the CFTC attributed to Wright affirm his claim to have worked “under the pseudonym of Satoshi Nakamoto,” with which he purportedly „completed a project […] started in 1997 that was filed with the Australian government in part under an AusIndustry project registered with the Dept. of Innovation as BlackNet.”

BlackNet — an alleged precursor to Bitcoin (BTC) — was submitted to the Australian government by 2001, according to a Feb. 10 tweet from Wright.

The tweeted BlackNet project has sparked considerable controversy over the past week, given Wright’s claims to have completed it seven years before the publication of the Bitcoin white paper, as well as its remarkable similarity to the textual detail of the latter.

One group of redditors has argued that the BlackNet paper has purloined the official Bitcoin white paper (published October 2008), which notably contained significant corrections to an earlier draft that had been shared by Satoshi in August 2008. By reproducing the corrected — not the original draft — version, the redditors contend that the 2001 R&D paper betrays itself as a ruse intended to misrepresent Wright as the bona fide creator of Bitcoin.

In his remaining comments to the CFTC on Feb. 15, Wright reportedly claimed that:

“The amount of misunderstanding and fallacious information that has been propagated concerning bitcoin […] has resulted in my choice to start to become more public. The system I created was designed in part to end fraud as best as that can be done with any technology. The lack of understanding […] has resulted in […] a dissemination of old scams.”

As reported, Wright is currently mired in an ongoing legal battle over his alleged theft of Bitcoin (BTC) from the estate of deceased crypto developer David Kleiman. In mid-November 2018, Wright once again came into the crypto limelight in connection with the acrimonious fallout of the Bitcoin Cash (BCH) hard fork, which led to Wright’s preferred protocol spinning off into the newly-forked Bitcoin SV (BSV) token.

Aside from Wright, multiple crypto industry figures have responded to the CFTC’s FIR, including members of the Ethereum Foundation, Coinbase, Consensys and blockchain consortium R3. As reported, Chicago-based crypto exchange ErisX used its comment letter to the CTFC to argue a case for the prospective positive impact of regulated ETH futures contracts.