Op Ed: How Bitcoin’s Protocol of Peace Can End the Nuclear Age 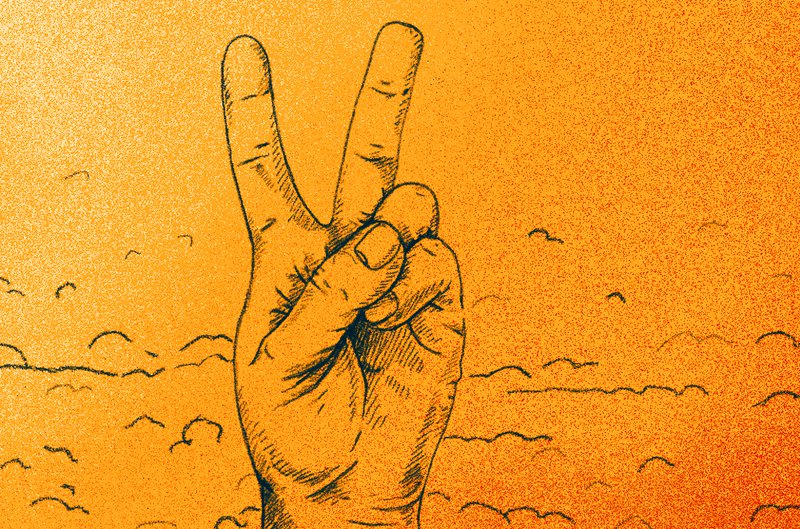 Since it came to life in early 2009, Bitcoin has begun disrupting the world of finance. Over the years, this decentralized digital currency came to mean different things for different people. For some, it presented opportunities for prosperity, becoming the best performing asset in their portfolio. For others, this peer-to-peer cash for the internet represents a non-confiscatable digital gold that could enable financial sovereignty. For those who are concerned about civil liberty, Bitcoin’s censorship resistance and permissionlessness define it as free speech money. “Yellow Vest” protesters occupying in the streets of Paris found allies in this rebel crypto that promises to end the tyranny of central banks.

As Bitcoin reached its 10-year anniversary last month, this breakthrough of computer science now further reveals its value proposition. Perhaps the fundamental ethos of this technology is hidden in the mystery surrounding the identity of its creator, the pseudonymous Satoshi Nakamoto. The genesis of Bitcoin is rooted in anonymity.

Behind the mask of this Japanese character, a deeper vision of Bitcoin is found in the story of Japan, the first and only nation to experience the horror of nuclear weapons. The devastation that this country went through at the end of the World War II teaches us consequences of war and calls for people to come together for peace. This commitment to peace is embodied in Japan’s pacifist constitution, with its notable Article 9 clause that renounces war as a means to solve conflicts.

In our contemporary post-Cold War world, this enshrinement of peace has shown itself to be vulnerable to international and domestic pressures to destroy it. In recent years, as North Korea’s repeated missile tests threaten stability in the Pacific region, there has been a push toward Japan’s remilitarization.

Now, from the internet, Satoshi, a representative cultural survivor of atomic bombs, brings to humanity a means to secure this peace, opening a new path for us to never repeat the tragedy of the past.

The weakness of the Japanese peace constitution is found in its foundation. Article 9 of Japan’s renunciation of the sovereign right of war is part of the constitution that was imposed by General MacArthur after the United States defeated Japan’s imperialism in 1945. The integrity of this model of governance called “democracy” that Japan adopted after its surrender relies on the U.S.–Japan security alliance that placed Japan under the umbrella of U.S. protection.

The security and stability of this system is backed by a monopoly of violence. Its nucleus was developed during WWII by physicists working on the Manhattan Project and by the establishment of a large, armed industry that has now morphed into the military industrial complex.

With creation of nuclear weapons, humanity tried to outdo the force of nature, unleashing power that could bring total annihilation of life on the planet. Around this elusive power, those who are driven by an urge for domination have created a network of security to protect their private interests. The global security state has established a secret law that violates our fundamental right to life: the right not to be vaporized or eradicated by warfare.

By using the threat of weapons of mass destruction, transnational corporations engage in conquest of territory. They control world resources, with central banks printing money out of thin air and weaponizing large financial institutions like the International Monetary Fund and the World Bank. The superpower state has caused the entire world to fear an uncontrolled fission chain reaction in order to keep all nations under the thumb of its military command, imposing petrodollar hegemony. Armies of economists, legislators and regulators apply pressure to maintain monopoly of the market, putting sanctions, trade embargoes and blockades against those who challenge the legitimacy of the corporate state.

Now, in this digital age, man’s subversion of nature has come online, forming patronage networks that act like one giant computer. The internet has been effectively militarized with the penetration of intelligence agencies and the CIA cyber weapon, along with giant tech companies engaging in censorship. This occupation of cyberspace is maintained by private paying processing companies like Visa, PayPal and Mastercard controlling the flow of money, freezing assets and restricting transactions.

Bitcoin offers an alternative to this universal security system backed by men with guns. It creates a new model of security based on cryptographic proof that can resist unlimited applications of violence, making a bulletproof network.

Bitcoin is free software where users control the programs. Everyone can read, study and participate in the development of its code. Bitcoin is developed and stewarded by a group of cypherpunks. They are a new wave of scientists who take up moral obligations to shift the balance of power and to help individuals counter illegitimate authority derived from violence.

Cypherpunks don’t conquer nature. They liberate wisdom inherent in nature by keeping its source code open. Cypherpunks write code. They try to preserve a repository of scientific knowledge that belongs to humankind and build applications that benefit all. By using cryptography for social change, they challenge a model of governance that fuels wars of aggression and surveillance capitalism. Through designing a new security based on mathematics, they aim to make the subversive state secret law obsolete.

Bitcoin’s core consensus algorithm is an innovation that is created through application of laws of nature. Satoshi found the force that governs nature manifested in the law of physics, specifically thermodynamics — principles concerning heat, temperature and their relation to energy. Combining this understanding of natural law with the knowledge that human nature contains the paradox of man being selfish as well as being altruistic, the creator of Bitcoin found a way to coordinate human actions to build economies of scale.

Tech entrepreneur and author Andreas Antonopoulos acknowledged how Satoshi not only invented a new currency, but also gave us the world’s first perfect market. He described how bitcoin mining is built around a valuable currency and using it as a token of reward, engages miners in a broadcast math competition known as “proof of work.”

Working with careful balance of risk and reward, in combination with game theory, Satoshi created a new economic incentive that makes miners work honestly and enforces rules of the network without applying pressure. This process leads to both the creation of money and clearing of transactions. Most importantly, it enables unprecedented security backed by laws of nature.

Nature does not create waste. The market that dynamically adjusts according to a demand with a tight feedback loop every two weeks engages miners to strive for high efficiency in a brutally competitive environment. It channels misused forces of nature in the arms race and redirects energy into building a global security.

The law of nature that is now restored in Bitcoin’s noble architecture commands the industrial hardware manufacturers to challenge the military industrial complex. The computing power of specialized hardware, through a method of decentralization, re-networks the supercomputer of the old world. Power that is now redistributed begins to free people who are enslaved by the proprietary software of nuclear programs and state-sponsored terrorism.

Bitcoin mining, largely driven by renewable energy, counters energies that are used to maintain the existing security state that creates overconsumption, pollution and environmental destruction. This newly created network can now start to transform the death-spiraling war economy into a resilient, asset-based ecosystem.

A Constitution of Peace

The way of peace is in harmony with nature. It is a society that acknowledges interconnectedness of all living beings and their freedom of expression. It embraces the equality of all creation in its diversity and solves conflicts through nonviolent means.

Now, from what was once the land of the rising sun, from the ashes of Hiroshima and Nagasaki, a protocol of peace arises. Bitcoin is a new sun, ascending to replace the explosive nuclear power. This sun radiates through the heat generated through the heart of liberty-loving people around the world. With algorithmic regulation, it expands every 10 minutes without ever exploding, circulating an abundant flow of life to all directions across the network.

Can this cryptocurrency preserve the value of peace and defend against mighty swords, missiles, tanks and atomic bombs? The security of this system cannot be given from outside — by governments, institutions, politicians and even by cypherpunks. It can only be guaranteed through sovereign individuals across the world freely choosing to adopt this protocol of peace, a way of nonviolence as a new code of conduct for the world they wish to live in. Peace can be ensured through a decentralized network created by users running full nodes and enforcing consensus rules as a universal law of nature.

In a piece of mathematics, we can now enshrine a constitution of peace that can act as a truly neutral arbitrator to settle conflicts and disputes among people. This new sort of security can guard our children and a future generation from resource wars. It can shelter people against currency wars and wealth confiscation, protecting the planet from ecological destruction. Through each individual upholding this networked constitution powered by this sublime golden sun, we could end the nuclear age and leave humanity’s destructive past behind.

This is a guest post by Nozomi Hayase. Views expressed are her own and do not necessarily reflect those of Bitcoin Magazine or BTC Inc.