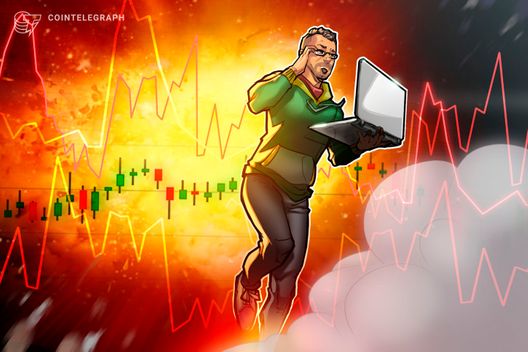 Bitcoin is stable near the $3,630 mark as the top 20 cryptocurrencies report minor losses

Sunday, Feb. 17 — most of the top 20 cryptocurrencies are reporting minor losses on the day by press time. Bitcoin (BTC) has fallen under the $3,650 mark again, according to Coin360 data.

At press time, Bitcoin is down 0.18 percent on the day, trading at around $3,631, after a brief mid-day high of $3,680, according to CoinMarketCap data. Looking at its weekly chart, the coin has mostly traded sideways for the past week. The current price is about 0.3 percent lower than $3,643, the price at which Bitcoin started the week.

Ethereum (ETH) has regained its position as the largest altcoin by market cap, which is at about $13.2 billion. The second-largest altcoin, Ripple (XRP), has a market cap of about $12.3 billion.

Ethereum is one of the largest top twenty gainers on the day, up by about 2 percent over the last 24 hours. At press time, ETH is trading around $126, after having started the day at $123. On its weekly chart, Ethereum has seen a steady climb upwards, its current value increasing over 7 percent from $117, the price at which the coin started the week.

Ripple has lost just over half a percent in the 24 hours to press time and is currently trading at around $0.30. On its weekly chart, the coin is also trading sideways — its current price is one percent lower than $0.303, the price at which XRP started the week.

Among the top 20 cryptocurrencies, the only ones experiencing growth other than Ethereum are Iota (MIOTA), which is up 0.65 percent, Neo (NEO), up 2.8 percent and Maker (MKR) up 1.7 percent.

In a recent interview with Cointelegraph, the founder and CEO of digital currency investment firm BKCM LLC, Brian Kelly, said that “right now Bitcoin is about 50 percent undervalued.”

Also, recently news broke that Liberstad — a private, anarcho-capitalist city in Norway — has adopted a cryptocurrency that is native to its blockchain-powered smart city platform as its official medium of exchange.

Bitcoin is stable near the $3,630 mark as the top 20 cryptocurrencies report minor losses