U.K. revenue and customs watchdog has postponed a successful blockchain test until the country leaves the EU

Her Majesty’s Revenue and Customs (HMRC) has delayed further work on a successful blockchain project in the wake of Brexit, according to a written parliamentary statement published Feb. 7.

The question about the distributed ledger project for customs needs was raised in the Q&A section on the United Kingdom Parliament’s website. On Jan. 30, Member of Parliament (MP) Eddie Hughes asked whether the government plans to use blockchain for customs systems after the U.K. leaves Europe. He also requested an update on a previously announced trial of the technology.

In response, the financial secretary to the U.K. Treasury, MP Mel Stride, explained that the project involved the development of a permissioned blockchain “that could be used to inform a trader’s ‘Authorised Economic Operator’ status.” Stride also reported that the pilot was trialed for six weeks and “established that government could use Blockchain to securely share the results of sensitive risk checks to improve the efficiencies of certain customs processes.”

However, the MP reported, further development of the solution would require significant work from HMRC and thus has been postponed “until after the U.K. leaves the EU when timescales and cost will be revisited.”

The financial secretary also revealed that the work might continue under the aegis of the Brexit-focused Future Borders Programme, as a part of their trading initiative.

The application of blockchain for customs needs was first announced by HMRC in September 2017 in what appears to be a separate initiative. Back then, the watchdog decided to examine using blockchain to make the border technologically ready for when the U.K. leaves the EU. After Brexit, the country’s customs will reportedly have to handle five times as many declarations than it currently does.

In June 2016, U.K. citizens voted to leave EU, with the country now scheduled to leave the Union on March 29, 2019. However, parties within U.K. have not yet come to a conclusion on how in particular the country is going to deal with various issues, such as trading, citizens‘ rights of residence and the border with Ireland.

As Cointelegraph previously reported, United States Customs and Border Protection also launched its own blockchain test to trial the use of decentralized technology in its shipment tracking system. 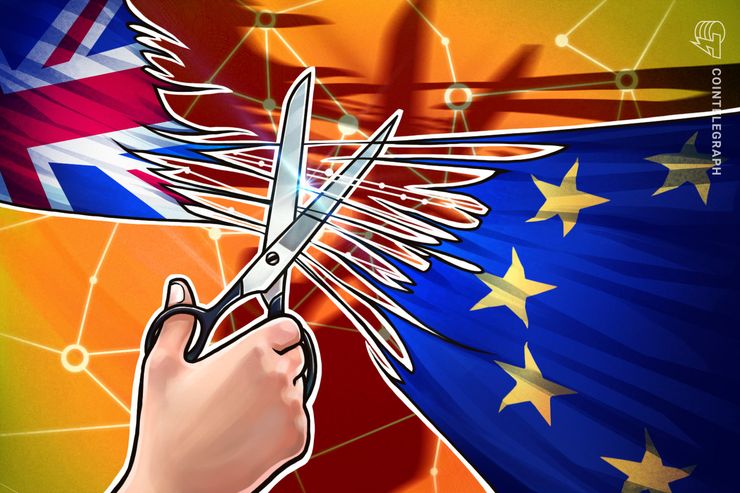 U.K. revenue and customs watchdog has postponed a successful blockchain test until the country leaves the EU