Winklevoss Twins to Pay Out $45,000 in Legal Fees to Charlie Shrem After New Ruling

Winklevoss Twins to Pay Out $45,000 in Legal Fees to Charlie Shrem After New Ruling 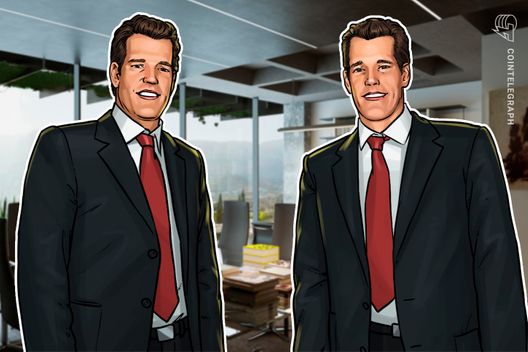 Bitcoin (BTC) entrepreneur and advocate Charlie Shrem will receive around $45,000 in legal costs from Tyler and Cameron Winklevoss as part of an ongoing lawsuit, according to an official document filed on Feb. 7.

The latest step in the lengthy legal proceedings between the former business partners, a judge at the District Court of the Southern District of New York ruled in favor of Shrem for a second time in the last three months.

The Winklevoss twins had instigated an investigation and asset freeze on Shrem after a fallout over money owed from a years-old Bitcoin trade deal.

In November, the court likewise reduced the scope of the Winklevoss’ claims, with the legal fees reimbursement from the process now due.

The lawsuit will now continue covering new ground in June.

As Cointelegraph reported, the current battle is the result of years of suspicion between the Winklevosses and Shrem. The dispute goes back to 2013, when Shrem allegedly did not return 5,000 Bitcoin owed to the twins, but instead, they allege, spent the funds on personal items over a lengthy period.

Shrem’s lawyer has denied these claims.

After serving time in prison for his role in now-defunct marketplace Silk Road, Shrem has returned to the cryptocurrency scene, while the Winklevosses operate their own exchange platform, Gemini.