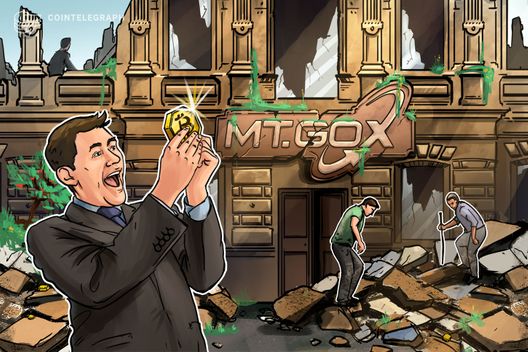 A new movement “GoxRising” is calling for a speedier rehabilitation plan for creditors of the now-defunct Bitcoin exchange Mt. Gox

A new movement dubbed “GoxRising” is calling for a new, accelerated rehabilitation plan for  creditors of the now-defunct Bitcoin (BTC) exchange Mt. Gox, with the long-term goal of rebooting the trading platform. The development was reported in an interview with its author, controversial industry figure Brock Pierce, by TechCrunch Feb. 7.

As previously reported, roughly 24,000 creditors are thought to have been affected by Mt. Gox’s 2011 hack and subsequent collapse in early 2014, which resulted in the loss of 850,000 BTC valued at roughly $460 million at the time.

Reimbursement of creditors is currently being handled under the stewardship of Tokyo attorney Nobuaki Kobayashi, who was appointed by a Japanese court to act as civil rehabilitation trustee to manage Mt. Gox’s bankruptcy estate. Compensation is expected to take between 3-5 years, as TechCrunch notes.

GoxRising claims that creditor recovery could be speedier, if legal and technical barriers were to be overcome. According to TechCrunch, there are roughly $1.2 billion in assets currently held in the Mt. Gox bankruptcy trust — around $630 million in cash, 137,892 BTC, 162,106 Bitcoin Cash (BCH), as well other forked coins.

Pierce revealed to the publication that the long-term aim is to reboot the platform as a “Gox or Mt. Gox” exchange — to rehabilitate not only lost funds, but the brand name and domain itself. The rebooted platform would reportedly be non-custodial, to minimize security liabilities.

GoxRising pledges to compensate creditors in BTC or BCH, and to ratchet up attempts to recover the still-missing crypto. Its creator says it would quash Mt. Gox stakeholders’ equity in favor of a new tokenized independent foundation, which would be governed by the creditors and work toward recovering and distributing outstanding Mt. Gox assets.

The proposed plan would hinge on the creation of a “Gox Coin,” which would grant creditors a stake in the newly-created foundation — although the exact regulatory status of the token and rights it would confer remain to be clarified.

For the GoxRising movement to succeed, it would reportedly need to onboard around half of the exchange’s creditors — 12,000 individuals.

As reported this week, leaked data has recently revealed that Kobayashi liquidated large amounts of BTC and BCH on trading platform BitPoint in spring 2018 — estimated at just under 35 billion yen ($318.5 million).

Before pledging to cease liquidations when civil rehabilitation proceedings began in June 2018, Kobayashi had earned the ambivalent moniker of Tokyo’s Bitcoin Whale, amid allegations his Mt. Gox estate sell-offs were having a conspicuously adverse effect on BTC markets. A new movement “GoxRising” is calling for a speedier rehabilitation plan for creditors of the now-defunct Bitcoin exchange Mt. Gox