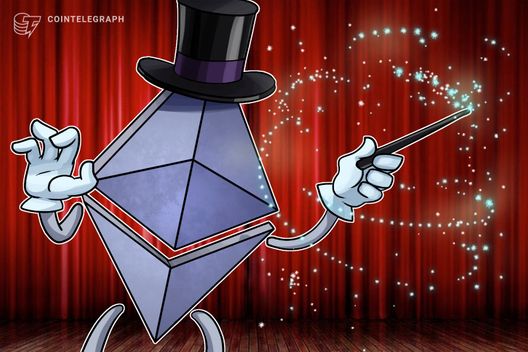 The market was too focused on the Ethereum’s (ETH) Constantinople and Serenity (Ethereum 2.0) hard forks, overshadowing more important upgrades, according to a recent report by cryptoassets trading firm Cumberland Research shared with Cointelegraph.

The Constantinople hard fork is an update to the ETH network, which encloses separate Ethereum Improvement Proposals (EIPs) in order to pave the way to the Ethereum 2.0, which is planned to be the system’s final upgrade. Ethereum 2.0 will switch the ETH network from the current proof-of-work (PoW) consensus algorithm to the more energy efficient proof-of-stake (PoS). In the course of its implementation, Constantinople has seen two delays.

Per the report, the ETH network in its current state is not able to support millions of decentralised applications (DApps) and the inflexibility of the Ethereum Virtual Machine (EVM) architecture, with any further delay in ETH’s transition to full PoS intensifying the exposure to those issues.

The researchers claim that a mainnet improvement roadmap such as Ethereum 1.x — which is scheduled to be launched on June 1, 2019 — could solve the above mentioned concerns. Specifically, the Eth 1.x proposal will purportedly eliminate the mainnet’s major risk factors such as smart contract usability and growing blockchain bloat.

Although Eth 1.x is still in pre-EIP phase, the researchers assume that the proposal is undervalued and represents greater importance in terms of ETH’s medium-term price outlook than Constantinople or Serenity, even though it is purportedly more technically complex to integrate and simulate than the EIPs contained within Constantinople.

On Jan. 31, Ethereum launched its first pre-release for phase zero of the network’s evolving transition to Ethereum 2.0, marking “the first release in a series of weekly releases through February 2019. Phase 0 in v0.1 is relatively feature complete and approaching stable.” Along with Ethereum 2.0’s first pre-release, a new testnet — dubbed “Gorli” — went live a day earlier, and will serve to trial a key sharding client for Serenity, known as Prysm.

As reported in mid-January, Ethereum core devs found a security vulnerability in the Constantinople hard fork allowing a reentrancy attack. This would allow hackers to steal cryptocurrency from a smart contract on the network by repeatedly requesting funds from it while feeding it false data about the malicious actor’s actual ETH balance.

ETH has recorded a gradual downward trend on its monthly chart, according to data from CoinMarketCap. On Jan 7, the third largest coin by market capitalization was trading at around $157.49, while its today’s price is around $104.64, down over 30 percent for the period. 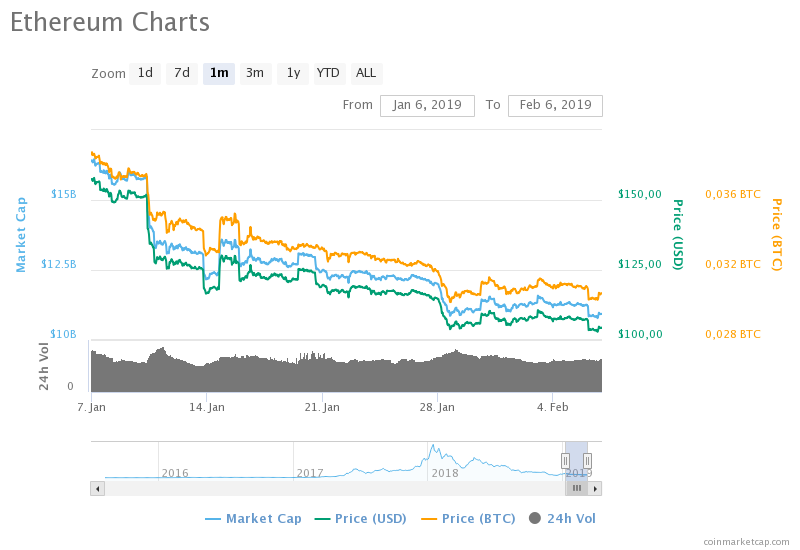