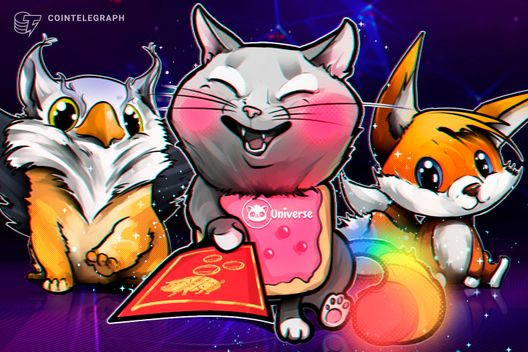 Multi-blockchain crypto collectible game is going to celebrate the Chinese New Year by giving the players special gifts. The users will get digital red envelopes but will be able to open the package only on Feb. 5, 2019 #SPONSORED

Decentralized crypto collectible game Blockchain Cuties, which is already available on three different blockchain platforms — Ethereum, EOS and Tron — has announced a celebration of Chinese New Year for its players. The game developer is going to implement the Chinese tradition of giving “lucky red envelopes” and will send out digital gifts. The Blockchain Cuties players won’t know what will be inside their digital packs until the Chinese New Year, on Feb. 5, 2019. Also, for the event, the game will release new virtual pets — Pigs.

In China, red envelopes are usually filled with money, which symbolizes good wishes and luck. Those packets are given to family members, friends and colleagues during the celebration. Nowadays, the Chinese New Year is becoming more digital: Many people prefer to exchange red envelopes online rather than using paper ones. They can also send the gifts to the people that they want to congratulate but don’t know personally, like celebrities.

By the Chinese New Year, Blockchain Cuties is also going to present new pets: Pigs, which will join the race of digital animals. “It’s a fully playable petkind, which players are going to be able to breed, send to adventures, raid, exchange or sell,” the company said. The players will be able to buy these Pigs on the Cutie Market. Also, it will be possible to acquire them with special tickets, which will be available for sale during the event, these tickets can be used to acquire unique Pets.

The game developer emphasizes that the Chinese New Year will be celebrated across the whole ecosystem. The event will be available on the three blockchains supported by the game — Ethereum, EOS and Tron. Originally, Blockchain Cuties was released on Ethereum in April 2018. Later, in November 2018, the company announced a partnership with EOS, which made Blockchain Cuties “the first game that officially supports two blockchains simultaneously.”

At the end of December 2018, the third platform was added to the system. The Tron blockchain was announced as a blockchain-based decentralized protocol that allows users to publish, store and own the entertainment content for free. The game developers said that Tron’s concept fits the Blockchain Cuties approach: According to the company, the full ownership of the Cuties belongs to the players who brought or breed these non-fungible tokens.

The latest version of the multi-blockchain game after integration with the Tron platform was updated to include unique content — including special items, locations, and Tron Cuties such as Red Hedgehog, Fairy Dragon, Bear-o-Bull, LilTronbeary. Also, Blockchain Cuties Universe believes that this integration will help to increase the transaction speed. The Tron team announced that their goal is to reach 1,000 transactions per second (TPS) — Ethereum enables 15 TPS and Bitcoin 7 TPS. Increasing TPS will give more opportunities to the users during the game.

Blockchain Cuties Universe became a part of the boom of crypto-collectible games that started in June 2017, when the the first blockchain game, CryptoPunks, launched. After CryptoKitties, which offered users the opportunity to collect and breed crypto cats, Blockchain Cuties expanded the line of the digital assets by including different animals, such as lizards, puppies, bears and fantastic creatures, which are the most valuable. The game developer assures that each non-fungible token is unique because of its different attributes — like hair style, eye color and facial hair. Each feature increases the price of the Cutie. The players can collect, breed or trade Cuties and also take part in roll-the-dice battles within the game. 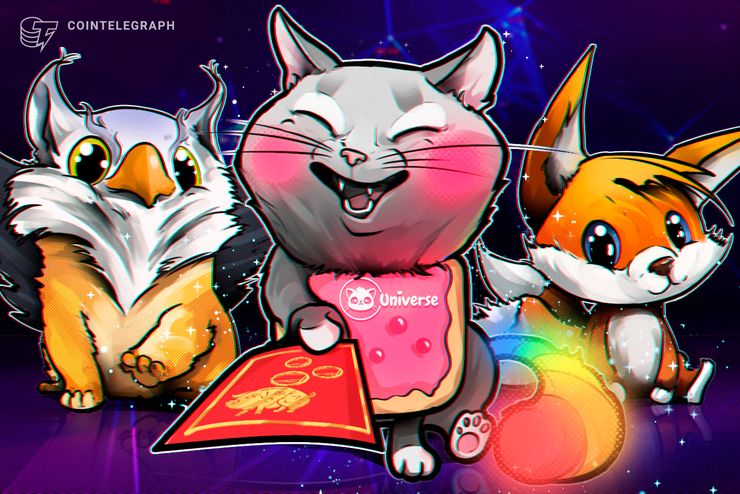 Multi-blockchain crypto collectible game is going to celebrate the Chinese New Year by giving the players special gifts. The users will get digital red envelopes but will be able to open the package only on Feb. 5, 2019 #SPONSORED