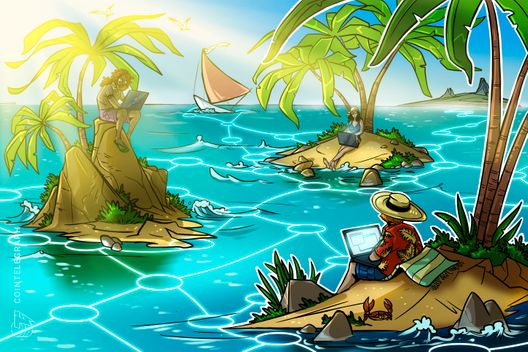 Digital Isle of Man, an executive agency for the Isle of Man’s government, has formed a global blockchain hub and regulatory sandbox

An advisory body for the self-governing British dependency Isle of Man (IoM) has launched a hub to promote the development of blockchain, fintech news agency FStech reports on Feb. 5.

As a key decision maker for the economic growth of the IoM, Digital Isle of Man initiated the formation of the Blockchain Office, a global blockchain hub to provide a favorable environment for the development of blockchain projects.

Along with founding the Blockchain Office, the government executive agency has also launched an Isle of Man Sandbox in order to guide blockchain businesses through the existing and future regulatory frameworks in accordance with relevant legislation and regulation. Blockchain-related firms will reportedly be able to apply to join the IoM blockchain Sandbox from March 2019, with the office expected to be entirely operational in the spring.

According to the article, the government of the IoM does not intend to “regulate blockchain in isolation,” but strongly encourages the emerging technology and aims to provide blockchain innovations with maximum flexibility. With free access for early entrants to the sandbox, the new formation will provide startups and firms with the possibility to develop and test blockchain platforms.

Lyle Wraxall, CEO of Digital Isle of Man, said that the launch of the Blockchain Office and Sandbox represents a solid commitment of the country to provide a fully supportive jurisdiction for blockchain industry. He further stated:

“We are looking to attract premium blockchain businesses and the world’s top exchanges to the Island, and we will be creating new tech-agnostic regulation inspired by best practice that we’ve seen from other high-quality jurisdictions around the world.”

Daphne Hilary Penelope Caine, Political Member for Digital Isle of Man, stressed that the Isle of Man was among the earlier jurisdictions to adopt a legislative framework for virtual currencies, and has been home to major exchanges since 2013, as well as blockchain firms including CoinCorner, Quanta, Luckbox and Qadre.

In December of last year, the United Arab Emirates announced that they would release a regulatory sandbox for facilitating the development of the fintech industry as part of their work on creating initial coin offering (ICO) regulations.

Recently, the International Monetary Fund criticized the pro-crypto position of Malta, which has become being considered the “blockchain island.” The agency claimed that the active development of blockchain initiatives on Malta has created sufficient risks of money laundering and terrorism financing in the island’s economy. Digital Isle of Man, an executive agency for the Isle of Man’s government, has formed a global blockchain hub and regulatory sandbox