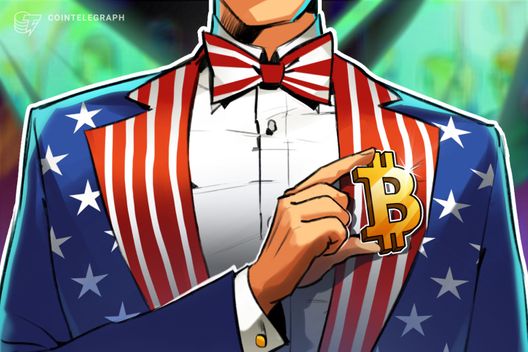 Gabbard —  a Democrat who resigned as Vice Chair of the Democratic National Committee (DNC) in order to endorse Senator Bernie Sanders for the party’s presidential nomination back in 2016 — had first confirmed her own intent to join the 2020 race for president in an interview with CNN in early January.

With Gabbard’s campaign officially launching on Feb. 2, commentators from the crypto space have been quick to note that the candidate has declared a number of investments in cryptocurrencies, alongside stock indexes.

Congressional filings submitted last year reveal that Gabbard purchased altcoins Ethereum (ETH) and Litecoin (LTC) — with investments of between $1,001-15,000 — at the height of the crypto bull run in December 2017.

Gabbard has thus far reportedly raised $2 million for her campaign — significantly less than her Democratic rival Elizabeth Warren, reported to have raised around $11 million.

Warren, notably a known crypto and initial coin offering (ICO) skeptic, has warned of the need to protect retail investors in the volatile and unevenly regulated space.

Another presidential hopeful — the former CEO and chairman of Starbucks, Howard Schultz — is running as an independent. Schultz, while dismissive of Bitcoin (BTC), has nonetheless suggested that Starbucks “is in a unique position to take advantage” of a future of consumer-focused blockchain-based digital currencies.

Meanwhile, programmer and well-known crypto enthusiast John McAfee is making his own bid for the presidency with the explicit aim of promoting permissionless cryptocurrencies as part of a libertarian agenda. After an alleged indictment by U.S. tax authorities, McAfee has vowed to run his campaign “in exile” from a boat in international waters.