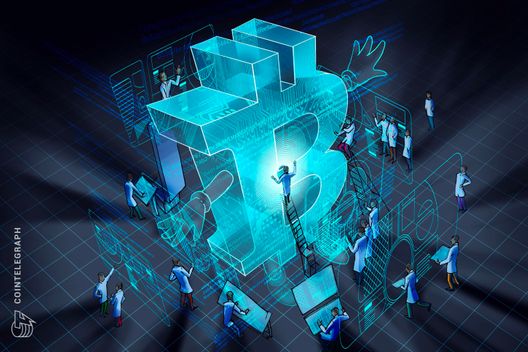 Bitcoin will most likely be the internet’s native currency, according to Twitter co-founder and CEO Jack Dorsey

Co-founder and CEO of Twitter Jack Dorsey declared again that he believes Bitcoin (BTC) will be the internet’s native currency. Dorsey made his comments during an interview with American comedian and podcast host Joe Rogan published on Feb. 2.

During the interview, Dorsey stated:

The Twitter CEO had made a similar claim before, noting in mid-May 2018 that he sees Bitcoin as a choice for the internet’s native currency.

Dorsey is also the founder and CEO of mobile payments company Square, which permits its users to trade in Bitcoin. When asked by Rogan if there are any plans to add other cryptos to the app, Dorsey answered that there are not.

As Cointelegraph reported in December last year, Square has been named Yahoo Finance’s company of the year. One month earlier, Square had revealed it generated $43 million in Bitcoin revenue for Q3 2018.

During the interview, Rogan also asked Dorsey if he sees any pushback in regards to Bitcoin, to which he answered by suggesting to “just look at some of the major banks and their considerations on Bitcoin.”

Dorsey noted that “they all love blockchain, because of the efficiencies it can create for their business and potentially new business lines,” but then suggested that this technology is “certainly threatening to certain services behind banks and financial institutions, it’s threatening to some governments as well…”

Dorsey also forecasted that the internet is transitioning to a system in which any data that is created will be online permanently. According to him, “this is what blockchain helps enable, down the line, and we need to make sure that we’re paying attention to that.” He further described how he sees the future of the internet:

“We’re moving to a world in which anything created exists forever, that there’s no centralized control over who sees what, that these models become completely decentralized and all these barriers that we, that exist today, aren’t as important anymore.”

The video of the interview has around 38 thousand dislikes and 5.7 thousand likes. Suggesting that Rogan deleted negative comments from YouTube, multiple users pasted one comment, suggesting that it is a copy of an originally deleted comment:

“Sargon of Akkad 2k upvoted, DELETED comment „If we have a right to use social media, you have no justification for banning people, Jack.“ referring to Jack at 51:21 Copy and paste this.﻿”

In the fall of 2018, while speaking at a hearing about Twitter transparency at the U.S. House Committee on Energy and Commerce, Dorsey had publicly noted that blockchain could be used to combat misinformation and scams. Bitcoin will most likely be the internet’s native currency, according to Twitter co-founder and CEO Jack Dorsey