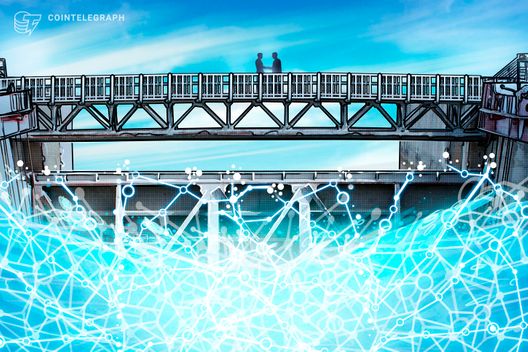 SWIFT makes another step toward blockchain — this time through a collaboration with R3. However, the global banking payments network remains hesitant about the technology, and skeptical about cryptocurrencies as a whole

Therefore, SWIFT has made another step toward adopting blockchain, despite having expressed concerns over the technology’s maturity in the past. However, SWIFT’s competitors have already voiced their concerns, saying that the new system is not decentralized enough.

SWIFT is a 46-year-old Belgium-based interbank messaging service and a co-operative owned by about 11,000 member banks in more than 200 countries. Its network handles as much as $5 trillion worth of transactions per day worldwide, according to the United States Department of Treasury data, which includes more than half of all high-value cross-border payments, as per the Financial Times, making SWIFT one of the most significant players in the banking industry.

SWIFT’s relationship with blockchain — the technology that seems to have the potential to improve cross-border payments — has been somewhat rocky. After all, the international banking network had asserted its dominance in the financial field long before the blockchain arrived: In the 1970’s, SWIFT replaced the low-speed Telex system with a unified system of codes to name banks and describe transactions, transferring financial messages with greater speed and security.

First, in December 2015, Wim Raymaekers, head of banking and treasury markets at SWIFT, announced that the banking network may integrate fintech innovations — including blockchain — to implement faster and transparent cross-border payments.

Further, in April 2016, SWIFT and global consulting services company Accenture released a joint report that looked at the use of distributed ledger technologies (DLT) in financial services. Specifically, the paper acknowledged some strengths of the blockchain — like efficient information propagation, traceability, simplified reconciliation, trusted system and high resiliency.

However, the report also noted that the technology was not mature enough to be used on an industrial scale. Namely, SWIFT and Accenture argued, the technology lacked regulatory compliance, standardization, identity framework, cyber defence and scalability.

Nevertheless, a year later, in April 2017, SWIFT announced that it was going to use the Hyperledger Fabric v 1.0. — a permissioned blockchain framework hosted by the Linux Foundation — to update its practices of cross-border market payments.

Thus, the proof-of-concept (PoC) tested whether DLT can make cross-border payments more efficient, transparent and quick. It became part of SWIFT’s larger program to increase transparency and traceability of its cross-border payments through its GPI service, which was launched earlier in February 2017. Significantly, GPI promises “faster, same day use of funds” — which is a longtime needed update to the conventional banking system, where typical international payments take three to five working days to complete. Nevertheless, the GPI itself is technically a messaging system, and despite supporting real-time, end-to-end tracking, it is not blockchain-based.

PoC implies testing feasibility of a project before it is fully realized — which is why SWIFT limited the experiment to its DLT sandbox, instead of rolling out an untested product to the main network, upon which thousands of banks around the world rely on a daily basis.

First, SWIFT’s PoC members included 12 financial institutions — such as Australia and New Zealand Banking Group, BNP Paribas, BNY Mellon and others — who had their own nodes deployed within the network’s DLT sandbox. Later, in July 2017, SWIFT’s test project added an additional 22 banks, including Commerzbank, Société Générale and JPMorgan Chase Bank.

In March, SWIFT revealed that it had finished the PoC test of blockchain. The banking network was left somewhat disappointed with the technology, stating that blockchain is not ready for mainstream use as “further progress is needed before it will be ready to support production-grade applications in large-scale, mission-critical global infrastructures,” although the tests themselves went “extremely well.”

As Damien Vanderveken, head of research and development at SWIFT, explained to the Financial Times at the time, a substantial amount of banks would have to drastically modernize their systems before they could turn to a blockchain-based system for their cross-border payments, although the DLT itself proved to be efficient.

Reportedly, the testing involved the creation of 528 sub-ledgers for 28 participating banks to avoid confidential information being revealed to rivals. Thus, Vanderveken argued, all of the SWIFT members — thousands of banks — would require 100,000 sub-ledgers to be established, which is technically burdensome because of maintenance issues.

Nevertheless, Vanderveken reported positive results as well, saying that DLT helped the reconciliation of Nostro accounts for lenders (essentially, a Nostro account is a bank’s account in a foreign currency in another bank).

“Although the proof of concept demonstrated DLT could improve Nostro liquidity management and reconciliation processes, it also revealed that the prerequisites will have to be met before banks can enjoy the full benefits of switching to a DLT process.”

SWIFT partners up with R3 to launch GPI Link, plans to expand further

On Jan. 30 2019, SWIFT announced another PoC, this time to trial how its GPI program could be applied to e-commerce and trading platforms. Titled GPI Link, the gateway will reportedly allow enterprise blockchain software firm R3 to link to GPI payments from their platform, as per the press release shared with Cointelegraph.

The release was originally announced earlier on the same day by SWIFT CEO Gottfried Leibbrandt at the Paris Fintech Forum:

“Our new GPI platform is extremely interoperable and open, and we’ve always had links to other networks. […] We are announcing later today a proof-of-concept with the R3 blockchain on trade where you can initiate a payment on the trade platform and then it goes into GPI. So we’re exploring interconnectivity with a lot of things.”

Therefore, those using the R3 platform will now be able to authorize payments through GPI Link, settling the GPI payments with the users’ banks and having the credit confirmation reported back to the trade platforms via the GPI Link when they are completed. The PoC will reportedly support application programming interfaces (APIs), as well as SWIFT and ISO standards.

The PoC will eventually expand to support other DLT platforms, as well as non-DLT and e-commerce trading platforms. Still, R3 should be able to provide a jumpstart for SWIFT’s expansion into the DLT field: Having just recently launched its Corda Network earlier this year, R3 has gathered over 300 partners from across multiple industries to collaborate on developing Corda, its open-source, Ethereum-based blockchain platform, as well as its business-oriented offshoot Corda Enterprise.

In the press release announcing GPI Link, Luc Meurant, SWIFT’s chief marketing officer suggested that there is more demand for DLT-powered settlement for fiat money rather than cryptocurrencies:

“While DLT-enabled trade is taking off, there is still little appetite for settlement in crypto-currencies and a pressing need for fast and safe settlement in fiat currencies. […] Given the adoption of the Corda platform by trade ecosystems, it was a natural choice to run this proof of concept with R3.”

According to the press release, the results of the freshly announced PoC will be presented in London in September 2019.

Ripple vs. SWIFT — who is least centralized?

Leibbrandt announced the PoC while sitting beside Brad Garlinghouse, CEO of Ripple (XRP), in a joint panel. Ripple has branded itself as a blockchain competitor to SWIFT’s global interbank network — Garlinghouse had just recently commented in November 2018 that “what we are doing on a day-to-day basis is in fact taking over SWIFT.”

“SWIFT said not that long ago they didn’t see blockchain as a solution to correspondent banking. We’ve got well over 100 of their customers saying they disagree.”

With the arrival of SWIFT’s GPI Link, Ripple might be forced to achieve greater results with xRapid and xCurrent, its blockchain-powered tools for easing cross-border fiat transfers between financial institutions.

Specifically, Ripple’s xRapid platform has reportedly proven to save transaction costs by 40-70 percent by not having to use foreign exchange providers and has increased transaction speed to “just over two minutes” during its pilot run, when the company tested payments between the U.S. and Mexico in May 2018.

Garlinghouse has countered SWIFT CEO’s recent announcement and criticized the banking network for being centralized:

Thus, the Ripple vs. SWIFT debate revolves around the use of blockchain and decentralization. Garlinghouse insists on being less centralized, although Ripple’s xCurrent platform, for instance, uses immutable “interledger” protocol, which “is not a distributed ledger,” as confirmed by David Schwartz, Ripple chief cryptographer — and hence is not an entirely decentralized solution.

“We started out with your classic blockchain, which we love. The feedback from the banks is you can’t put the whole world on a blockchain.”

SWIFT’s GPI, in turn, relies on existing infrastructure and cloud technology. While the interbank messaging giant has studied blockchain, it has been extra careful during the research — and still has not decided whether to implement it outside PoC scenarios.

Moreover, Leibbrandt showed his conservative side by criticizing cryptocurrencies during his speech. After reminding the audience about Bitcoin’s (BTC) plunge, the SWIFT CEO said:

“I think that the big part of Ripple’s value proposition is the cryptocurrency XRP. There we do find the banks are hesitant to convert things into a cryptocurrency right now because of the volatility in the currencies.”

Interestingly, on Jan. 30, R3 announced SWIFT GPI’s integration with Corda Settler universal payments decentralized application (DApp), which, in turn, features XRP as the only cryptocurrency available for settlement there. R3 and Ripple have had a year-long legal dispute over purported mutual breaches of agreement, which was finally settled in September last year.

Meanwhile, both SWIFT and Ripple might be challenged by other players in the quest for faster, decentralized cross-border payments: Notably, China’s Alibaba subsidiary Ant Financial, has already trialled its first blockchain remittances, allegedly sending a transaction in just three seconds. 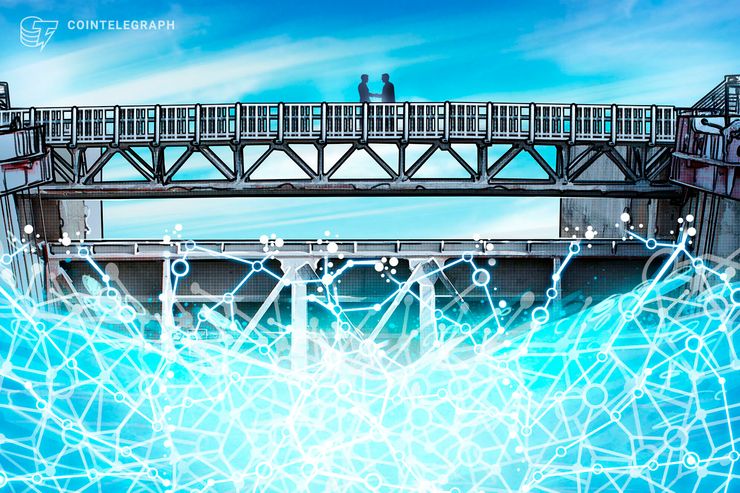 SWIFT makes another step toward blockchain — this time through a collaboration with R3. However, the global banking payments network remains hesitant about the technology, and skeptical about cryptocurrencies as a whole