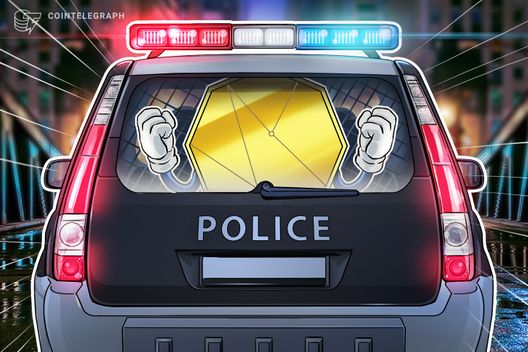 After stealing $5 million in cryptocurrency from 40 victims through SIM swapping, 20-year-old Joel Ortiz, pleaded guilty to theft and accepted a plea deal of 10 years in prison as reported by Motherboard, a division of news outlet VICE, on Feb 1.

Ortiz accepted the plea deal last week, according to Erin West, the Deputy District Attorney of Santa Clara County, California. He will officially be sentenced on Mar 14. Authorities reportedly state that Ortiz is the first individual convicted of a crime for SIM swapping.

„We think justice has been served. And hopefully, this is a strong message to that community,“ according to Samy Tarazi, one of the agents who investigated Ortiz told Motherboard.

SIM swapping is growing increasingly popular with criminals as a means to steal fiat, crypto, and even social media usernames and handles, which can subsequently be sold on a black market. The Instagram account “@t” reportedly sold for $40,000 in Bitcoin (BTC).

In SIM swapping, Hackers call a telecoms company posing as their target and claim that their SIM card has been lost, and that they would like their number to be ported to a new card. The criminals can convince phone companies that they are who they claim to be by providing social security numbers or addresses.

Once the telecoms company transfers the number to a new SIM, hackers can bypass two-step authentication measures for accounts by using the phone as a recovery method. One hacker told Motherboard, “With someone’s phone number you can get into every account they own within minutes and they can’t do anything about it.”

Over the past year, authorities worldwide have cracked down on crypto related crime. In Russia, a group of nuclear engineers were arrested by security agents when they were caught using supercomputers to mine Bitcoin (BTC).

In Thailand, three siblings — one of whom is soap opera actor Jiratpisit „Boom“ Jaravijit — were arrested late last year in connection with a $24 million cryptocurrency scam targeting a Finnish investor.