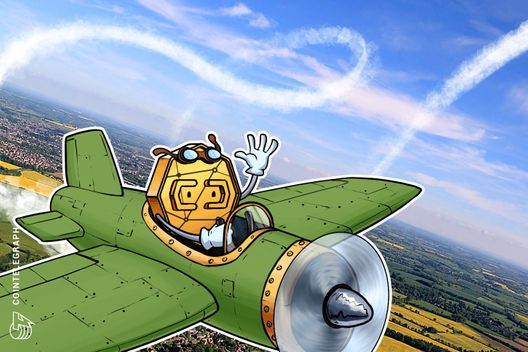 Wednesday, Jan. 30 — nearly all of the top 20 cryptocurrencies are reporting moderate to notable gains on the day at press time. Bitcoin (BTC) is approaching $3,500 again, according to Coin360 data. 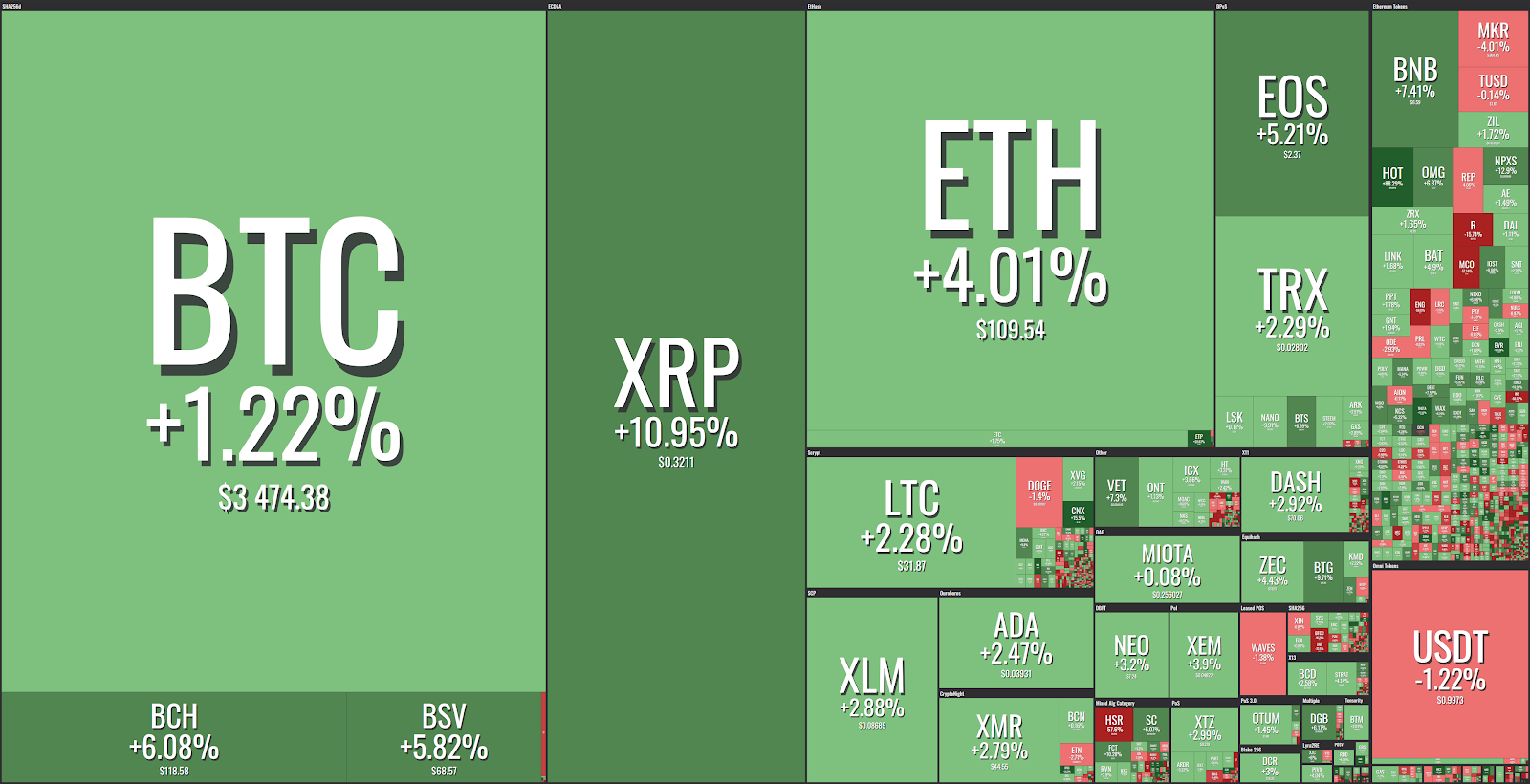 At press time, Bitcoin is up over 1 percent on the day, trading at around $3,474, according to Cointelegraph’s price index. Looking at its weekly chart, the current price is lower than $3,612, the price at which Bitcoin started the week.

Ripple (XRP) has gained over 10 percent in the 24 hours to press time and is currently trading at around $0.317, according to Cointelegraph data. On its weekly chart, the current price is lower than $0.319, the price at which XRP started the week.

Ethereum (ETH), the second-largest altcoin by market cap, has also seen its value increase by about 4 percent over the last 24 hours. At press time, ETH is trading around $109, having started the 24-hour period about 3 dollars lower. On the weekly chart, Ethereum’s current value has dropped from $119, the price at which the coin started the week.

Among the top 20 cryptocurrencies, the only one experiencing losses is Binance Coin (BNB), which is down over one half of a percent over a 24-hour period.

The combined market capitalization of all cryptocurrencies — currently equivalent to about $115.8 billion — is lower than $121.1 billion, the value it reported for most of last week.

As Cointelegraph recently reported, about $1.7 billion in cryptocurrency had been obtained via illicit means in 2018, according to newly published research.

Also, an analysis recently released by Cointelegraph illustrates that while United States President Donald Trump ended the partial government shutdown, the damage it did to cryptocurrency adoption may be permanent.