AMD, which like other graphics hardware manufacturers has suffered due to the cryptocurrency bear market, produced quarter-on-quarter revenue losses of 14 percent.

Its gross margin was down 2 percent versus Q3, while its net income fell from $122 million to just $38 million.

As Cointelegraph reported, investors had previously warned about possible losses for AMD prior to the report’s release, arguing that the lasting effects of the volatile cryptocurrency market would continue to impact its books.

“In 2018 we delivered our second straight year of significant revenue growth, market share gains, expanded gross margin and improved profitability based on our high-performance products,” she commented, noting:

“Importantly, we more than doubled our EPYC processor shipments sequentially and delivered record GPU datacenter revenue in the quarter.”

“Despite near-term graphics headwinds, 2019 is shaping up to be another exciting year driven by the launch of our broadest and most competitive product portfolio ever with our next-generation 7nm Ryzen, Radeon, and EPYC products.”

AMD’s stock price managed to escape the fate of competitor Nvidia last year, the latter seeing a huge sell-off of its stock in Q4 amid rising market pressure. Nvidia recently decreased its Q4 revenue estimates last week, citing a decline in crypto mining as well as worsening conditions in China.

In December 2018, Cointelegraph reported on how AMD’s radeon RX580 device had lost almost 70 percent of its sale price through the course of last year. 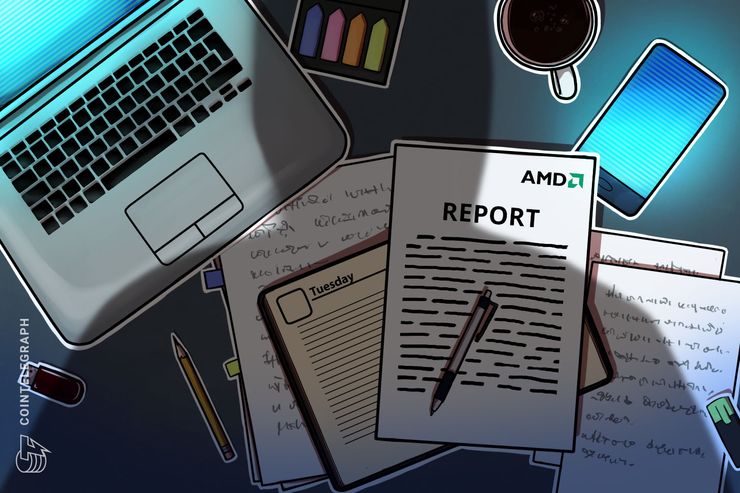