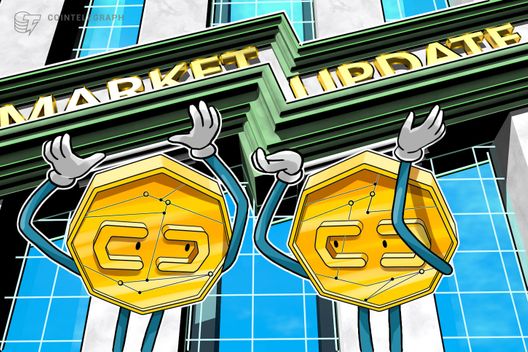 Tuesday, Jan. 29 — most of the top 20 cryptocurrencies are reporting moderate gains on the day at press time. Bitcoin (BTC) is trading just over $3,400 again, according to Coin360 data. 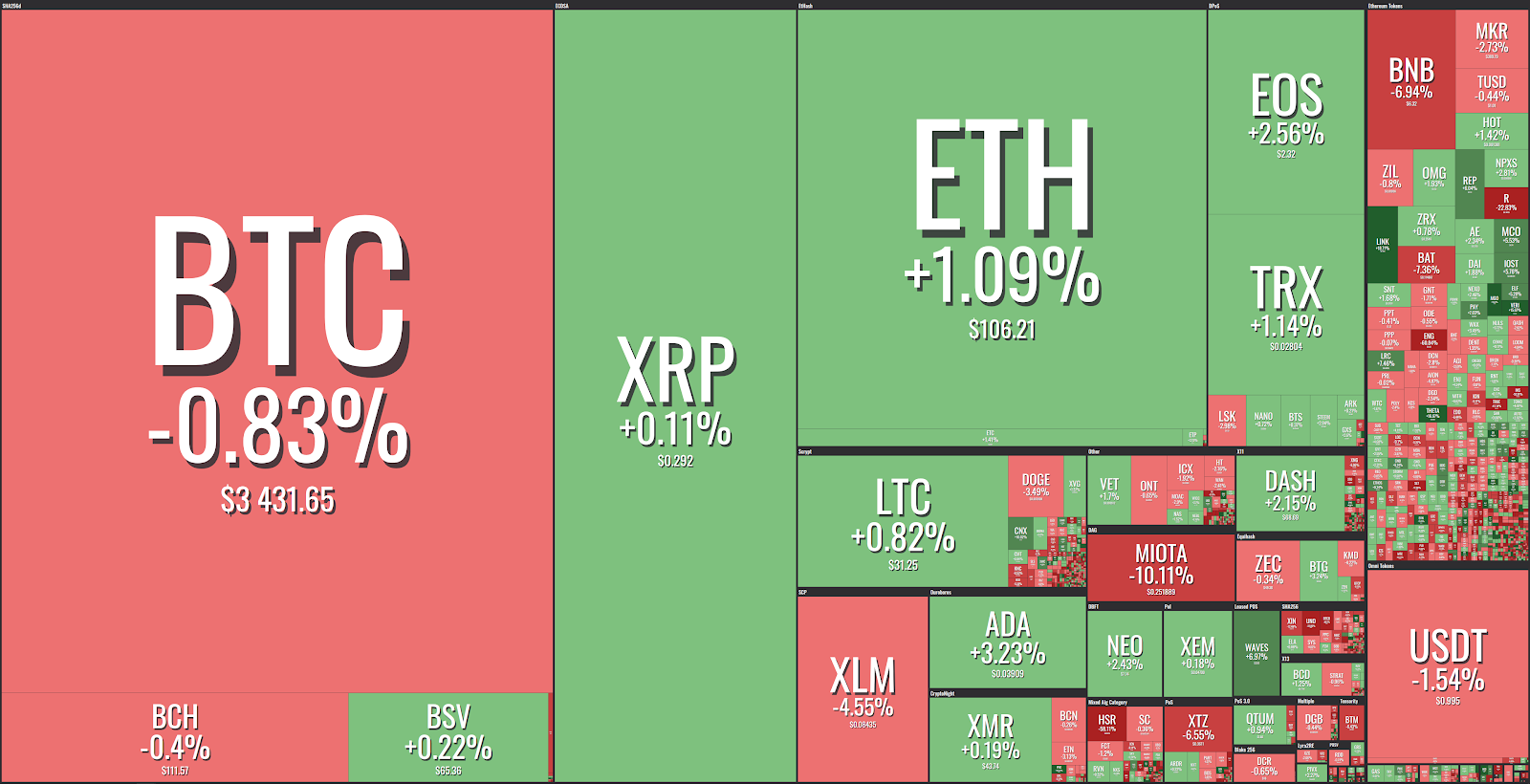 At press time, Bitcoin is down just a fraction of a percent on the day, trading at around $3,450, according to CoinMarketCap. Looking at its weekly chart, the current price is lower than $3,655, the price at which Bitcoin started the week, trading sideways until yesterday, Jan. 28.

Ripple (XRP) has gained about half a percent in the 24 hours to press time and is currently trading at around $0.29. On its weekly chart, the current price is lower than $0.32, the price at which XRP started the week, before also dropping on Jan. 28.

Second-largest altcoin Ethereum (ETH) has also seen its value increase by little over 1.7 percent over the last 24 hours. At press time, ETH is trading around $106, having started the 24-hour period about 2 dollars lower. On the weekly chart, Ethereum’s current value has dropped from $119, the price at which the coin started the week.

Among the top 20 cryptocurrencies, the ones experiencing the most notable growth are Tron (TRX) — which is up more than 4 percent — Iota (MIOTA), Ethereum Classic (ETC) and Eos (EOS), all of which are up 2-3 percent.

The combined market capitalization of all cryptocurrencies — currently equivalent to about $113.2 billion — is lower than $120.1 billion, the value it reported for most of last week.

As Cointelegraph recently reported, South Korea’s central bank, the Bank of Korea (BOK), says it won’t be issuing a central bank digital currency (CBDC) in the near term.