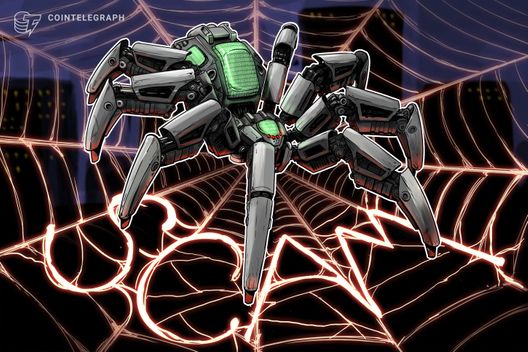 Japanese online broker Monex Group, owner of hacked cryptocurrency exchange Coincheck, warned of a new scam claiming to be related to its business in a news release on Jan. 28.

The scam, about which only brief details have been released, involves potential victims receiving calls from an entity dubbed “Monex Coin Management.”

They are then invited to call a form of automated trading system linked to Monex, the release states, something that does not exist in practice.

“The Monex Group and (subsidiaries) do not have any relation with the above company,” it confirms.

Such illicit activity remains commonplace for major exchanges and trading platforms as criminals seek to target entry-level users with a view to stealing crypto holdings they store in hot wallets.

Coincheck, the exchange which Monex acquired in April 2018, previously suffered at the hands of bad actors after a giant $530 million hack months earlier.

As part of its rescue deal, Monex secured the exchange a license to operate from Japanese regulators earlier this month, having previously begun refunding victims of the hack.