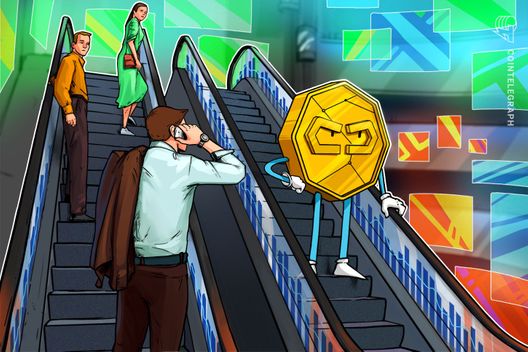 Sunday, Jan. 27 — most of the top 20 cryptocurrencies are reporting slight losses on the day at press time. Bitcoin (BTC) is trading under $3,600 again, according to Coin360 data. 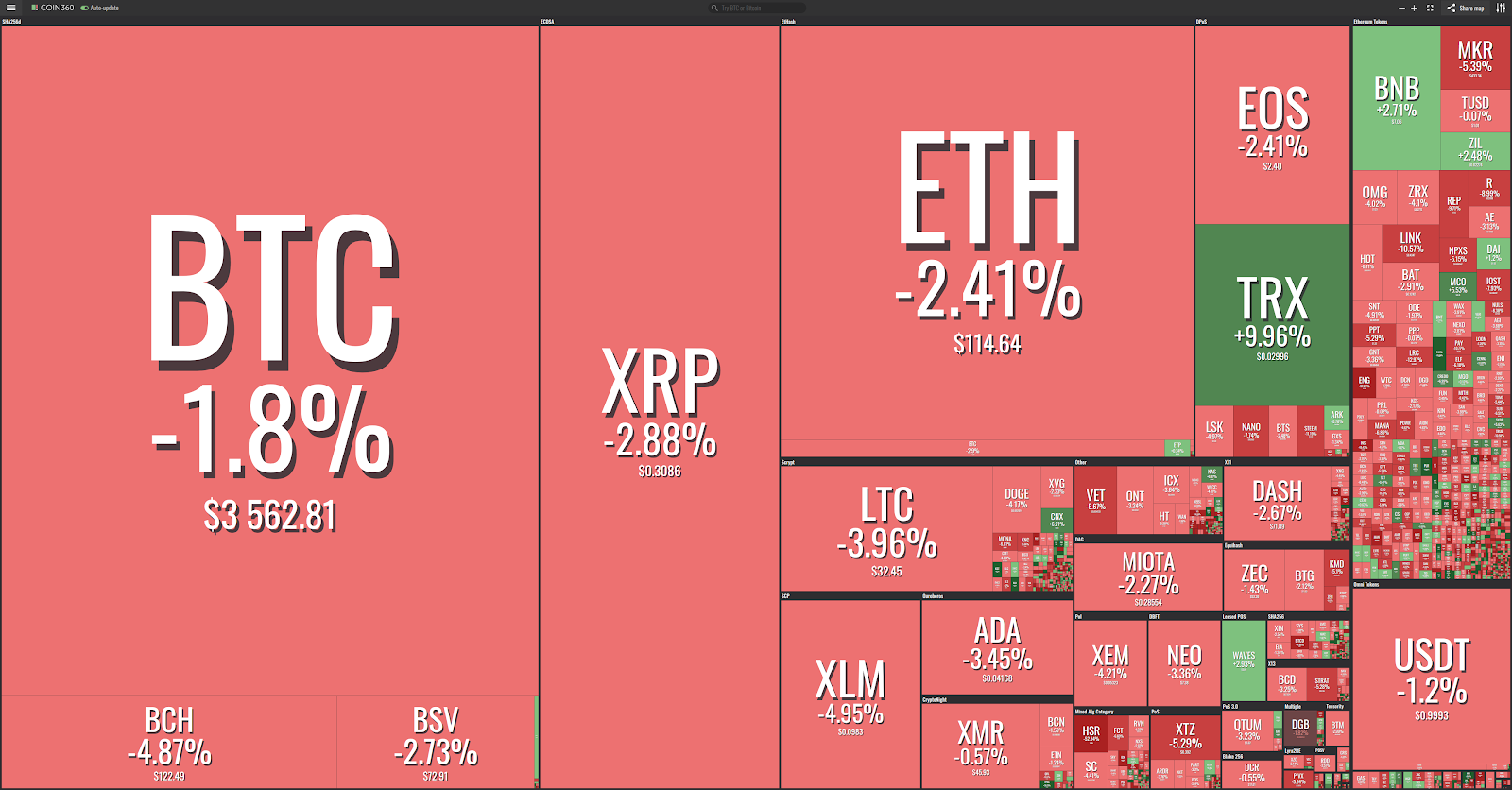 At press time, Bitcoin is down nearly 2 percent on the day, trading at around $3,562, according to CoinMarketCap. Looking at its weekly chart, the current price is about $100 lower than $3,655, the price at which Bitcoin started the week.

Ripple (XRP) has lost over 2.5 percent of its value in the 24 hours to press time and is currently trading at around $0.308. On its weekly chart, the current price is lower than $0.325, the price at which XRP started the week.

Second-largest altcoin Ethereum (ETH) has also seen its value decrease by nearly 2.5 percent over the last 24 hours. At press time, ETH is trading at $114, having started the day about 2 dollars higher. On the weekly chart, Ethereum’s current value is lower than $121, the price at which the coin started the week.

Among the top 20 cryptocurrencies, the only ones experiencing growth are Tron, which is up nearly 9 percent, and Binance Coin (BNB), which is up over 2.5 percent on the day at press time.

The combined market capitalization of all cryptocurrencies — currently equivalent to about $119.1 billion — is slightly lower than $121.6 billion, the value it reported one week ago.

As Cointelegraph recently reported, a link to a phishing LocalBitcoins clone website had been placed on the official LocalBitcoins forum earlier this week, but the attack has purportedly since been stopped.

Also this week, crypto critic Nouriel Roubini commented at a blockchain conference that the technology is “no better than an Excel spreadsheet.” Cointelegraph also reported on recent comments from Apple co-founder Steve Wozniak that he sold all of his BTC holdings at the peak of $20,000 in December 2017.